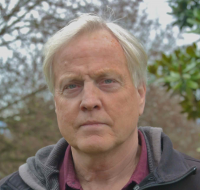 On Monday, the Seattle City Council postponed a vote on a resolution to endorse King County Proposition 1, at the behest of John Fox, Coordinator of the Seattle Displacement Coalition. Mr. Fox wants to put conditions on what Seattle’s share of Proposition 1 revenues can be used for in the endorsement resolution. In particular, he has been urging folks to ask the City Council to mandate that the city’s portion of Proposition 1 revenue be used for “bus hours only”.

Mr. Fox graciously agreed to an interview regarding this proposal.

Fox’s drop-dead condition is that “Not one dime of Seattle’s portion of Proposition 1 revenue can be allowed to be spent on rail.” Nobody had even brought up the idea of spending any Proposition 1 money on rail projects until Fox raised the issue.

What would King County Proposition 1 advocates gain from the City Council meeting his conditions? He says if he doesn’t get the language he wants in the city council resolution “I would be much more likely to actively campaign against Proposition 1.” He couldn’t promise that the Seattle Displacement Coalition would endorse Proposition 1 even if the City Council accepted the language he is requesting. According to Fox, SDC is very strongly opposed to regressive taxes, but its membership understands that the funding mechanisms of Proposition 1 are the only options allowed by the state to save bus service.

Various pro-Prop-1 groups have bent over backwards to minimize the regressiveness of Proposition 1. These efforts included a successful campaign to institute a low-income fare for Metro bus service, and a rebate for low-income car tab payers. Low-income bus riders will end up saving a lot more in bus fare than they would be paying in a car tab or the 0.1% additional sales tax. Failure of Proposition 1 would mean the county would almost certainly have to ditch the low-income fare program for lack of funding. A constant refrain among the members of the Low Income Fare Options Advisory Committee members was that the low-income fare program should not be funded by cutting bus service.

So, it comes down to this: Is John Fox willing to burn the whole house down to prevent even an outside chance that one penny will be spent on rail?