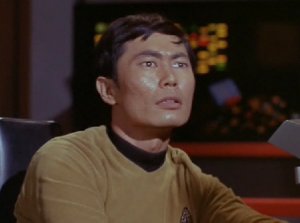 For once the most impressive aspect of the monthly ridership release isn’t Link’s continued and unprecedented strong growth but the release itself.  For the first time since I’ve been following this Sound Transit gave their ridership report a radical makeover.  So radical, I had to ask Sound Transit what the deal was.  I’m going to start off with my usual monthly summary, then the questions/response with Sound Transit’s Dave Huffaker about the update, then my usual charts.

January’s Central Link Weekday/Saturday/Sunday boardings were 27,951/21,929/17,182, growth of 12.1%, 36.8%, and 35.1% respectively over January 2013. Sounder’s weekday boardings were down 1.7% due to disruptions on both North and South lines although strong weekend service brought total ridership up to 4.7%.  Total Tacoma Link ridership was down 6.7% with weekday ridership declining 5.3%. Weekday ST Express ridership was up 5.8%, with most growth occurring on East King and South King routes. Complete January Ridership Summary here>

It appears Central Link has reached a pretty historic milestone the last few months in that this is the fourth month in a row that Central Link has added more boardings, year-on-year, than all other Sound Transit services combined.  ST Express added 83,638 boardings, Central Link 112,228.  (Credit to Brent White for pointing this out).

Now for more information on all the new goodies in the new report:

Me: Would you mind giving me a bit of an explanation of what changed, why it changed, and do you see any more changes coming in the future?

Dave: Thanks for your interest. I am excited about our new format for our monthly ridership and performance information. As you may know, we previously had two separate reports that the Operations Department presented to the Operations & Administration Committee—one was the monthly ridership report, the other was our monthly modal performance data sheet. While they both provided a lot of data, I never felt that they conveyed the data in a real user-friendly way, and they also didn’t have the same look and feel to each other.

Much more of Dave’s response below, followed by my usual charts.

[Dave continued] We took the two pages that we previously provided and expanded them to eight pages. The first two continue to provide ridership data by mode, comparing to the prior year to date and providing information about average daily boardings. Page two provides trend charts for total ridership by mode, showing the current and prior years for comparison purposes. We follow that with one page for each of our operating modes, providing charts for some of our key performance metrics—on-time performance, farebox recovery, complaints per 100,000 boardings, etc. All of this data was provided in the modal performance data sheet previously, but in tabular format. Now we also have a small amount of space for some text analysis of the data. The next page provides data that has already been shown in the modal performance sheet, regarding parking utilization and fare evasion statistics. Finally, for those who were wedded to the old format, we provide the modal performance data sheet for the current year.

My goal was to convey the data both in the historical, data table way, but to supplement that with trend charts. The added advantage of the trend charts is the ability to bring in the previous year’s data set so you can see the trends both for the current year, but also compared to the prior year. In addition, the charts provide a better ability to see the data against the targets for the particular metric. Finally, with more space in the report, we have the ability to provide some explanations for unusual data points or trends. As we saw with the first O&A Committee meeting, these charts can provide fodder for new sets of questions and departure points for analysis.

My plan is to use this reporting format this year, adapting based on feedback received from our Board or as business needs evolve. Based on the feedback received, we will make sure that the data we show is clearly labeled and explained and most importantly, we will continue to enhance our analysis. We hope this new format proves useful for our Board and other interested people in the community.

You really should spend some time checking out the new format.  Seriously, click on this and check it out.  Lot’s of good information.  February’s numbers should be out soon, I look forward to seeing what additional information and analysis they’ll contain.  Until then, my boring old charts: 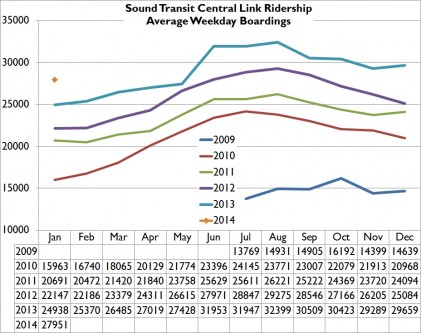 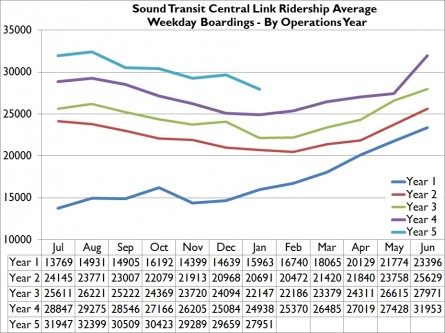 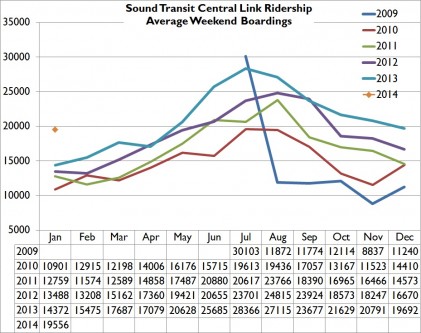 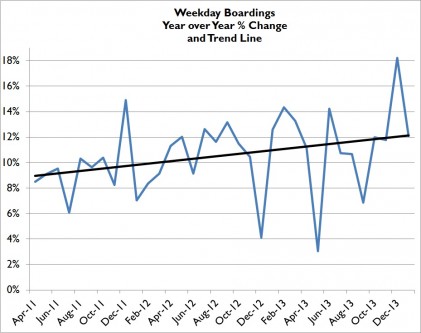 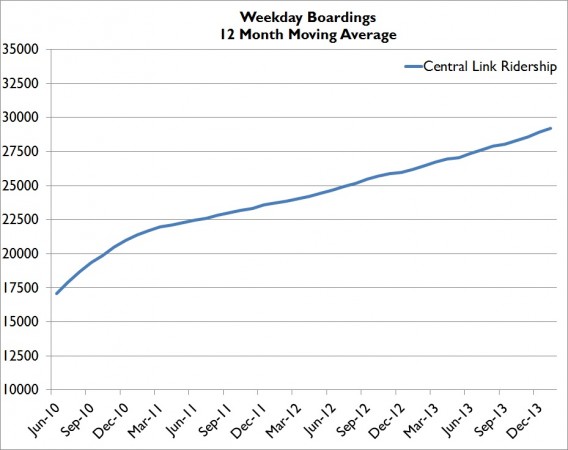