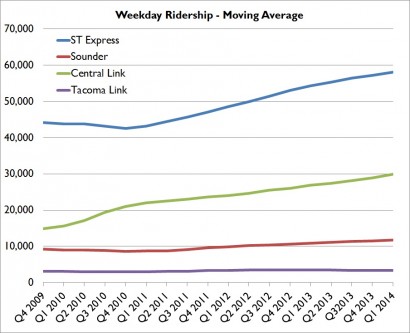 Sound Transit didn’t lose any momentum in the first quarter of 2014. The system as whole was up over 8%. ST Express boardings rose 7%, Sounder 5%, Central Link 13%, and Tacoma Link was down 10%.

In a week or so I will post some analysis of Cost per boarding.

Full report here. My charts below the fold.

[Eds] There was a transcription error in the above summary. As originally posted Sounder and ST Express costs per boarding were inaccurate. They are now correct. 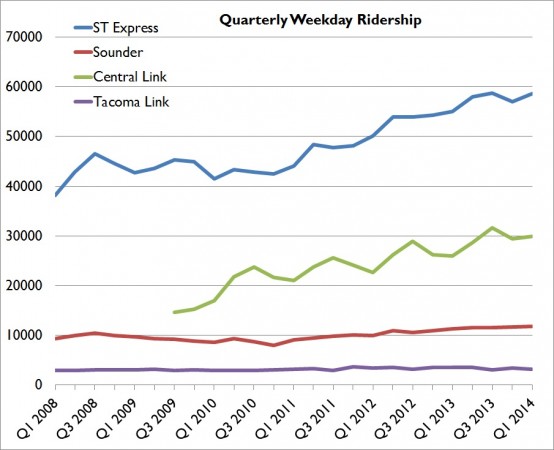 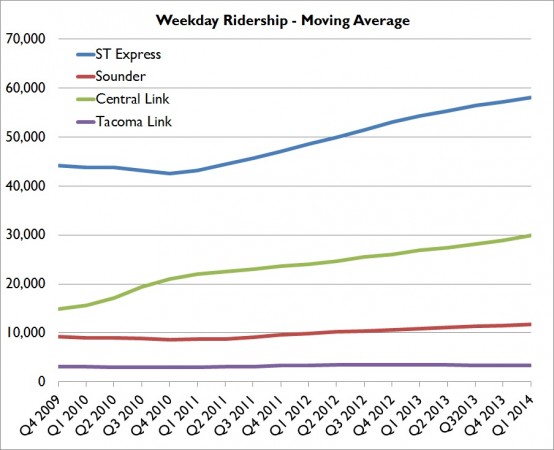 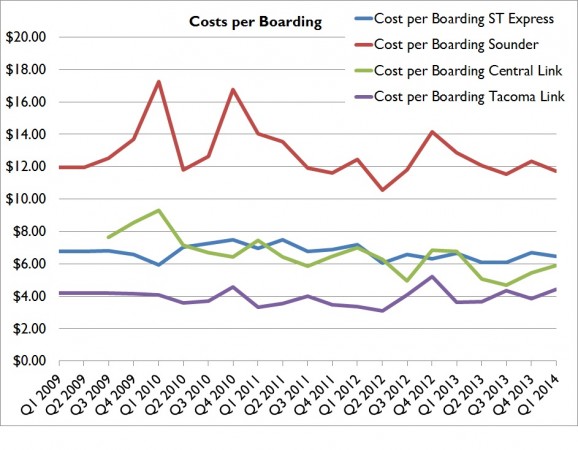 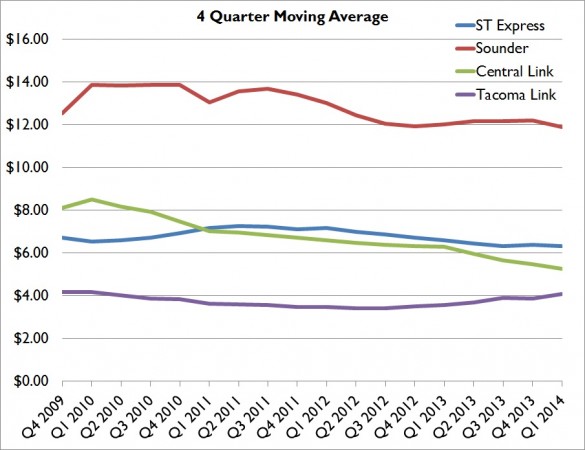