Link broke another record this month. For the first time ever, Link’s 12 month moving average growth rate passed 12%. It’s been consistently over 11% since December of last year but now it has crossed over the 12% mark. For a system that was supposed to be growing at 2-3% about now, that is impressive. It looks quite possible that by the time the extension to the University of Washington opens in 2016, Link will be on target to meet pre-Great Recession projections.

April’s Central Link Weekday/Saturday/Sunday boardings were 31,072/23,904/17,304, growth of 15.0%, 11.4%, and 24.5% respectively over April 2013. Sounder’s weekday boardings were up 12.4% with ridership increasing on both lines. Total Tacoma Link weekday ridership declined only 0.9%, it appears the bloodletting is slowing. Weekday ST Express ridership was up 5.6%, with most growth occurring on East King and Pierce County routes. Total Sound Transit boardings were up 9.4%. Complete April Ridership Summary here>

As I’ve been saying all year, go look at the actual report. Lots of great stuff in this new format and much more information than in my post.  My charts below the fold. 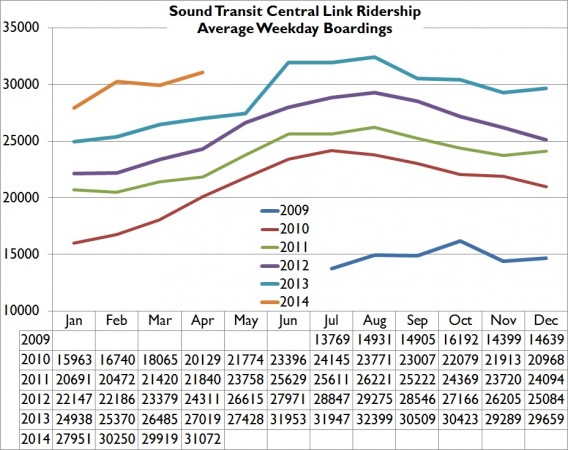 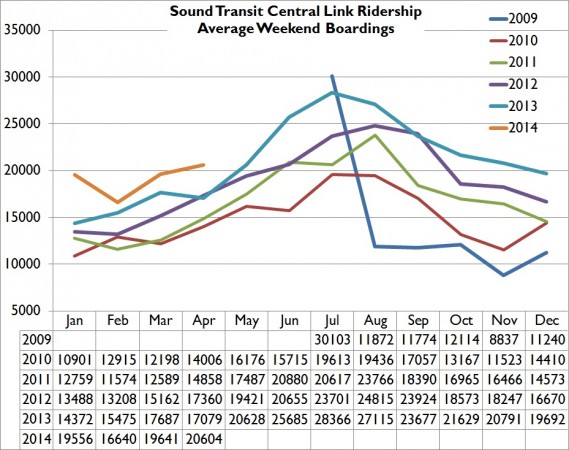 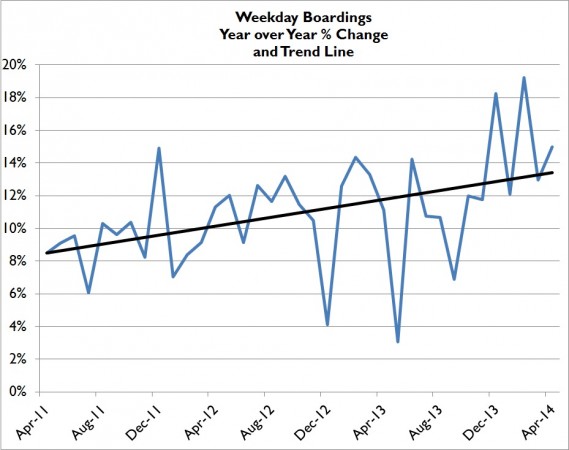 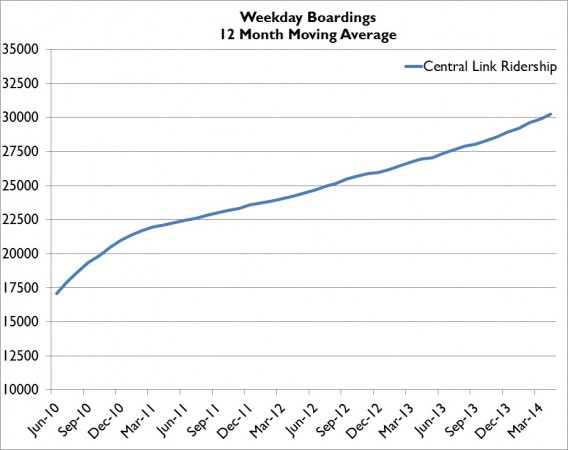 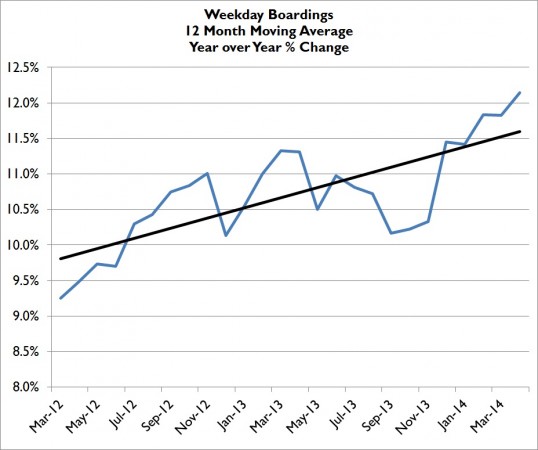