To improve accessibility of on-street paid parking in the city, Seattle Department of Transportation (SDOT) is looking to make minor adjustments to the prices, paid hours, and time limits for Fall 2014.

SDOT published the 2014 version of the annual paid parking occupancy report earlier this month, which showed the occupancy rate and the Fall 2014 changes of on-street paid parking areas in core and peripheral areas of Seattle neighborhoods. The data collection effort is part of the Performance-Based Parking Pricing program that was established by the city in 2010. 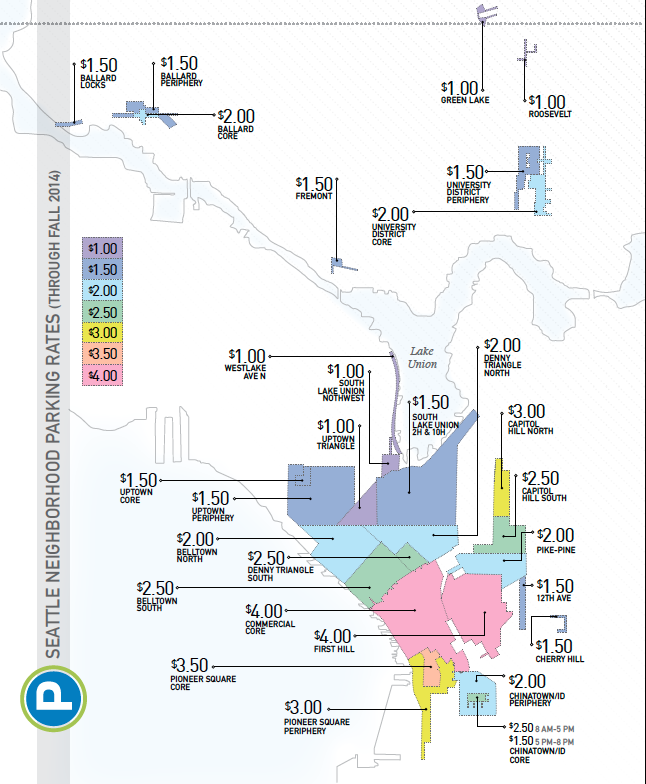 The report explained that SDOT makes these adjustments in rates, time limits and paid hours as means of helping customers find parking within walking distance of their destinations and to increase access to businesses by ensuring turnover of parked cars.

SDOT bases its assessments of occupancy on whether or not the parking areas were between 70 to 85 percent of capacity. Areas that were five percent over or under the range were included in the watch list, meaning the adjustments will wait for at least another year. Occupancy rates below 65 percent mean SDOT will consider lowering rates, splitting the zone into subareas, and increasing time limits, while rates above 90 percent will lead to decreases in time limits and increases in prices.

“It’s a constantly evolving process,” Williams said. “We’ll adjust in 50 cent increments, which is not a really big change. We’re going to count these [occupancy data] every year, and if it’s above or below target, we’ll make these changes.”

Williams added that in addition to changing the prices, hours, and time limits, SDOT in the past has encouraged drivers to seek parking in the city’s edges or “periphery” areas, rather than the neighborhood’s core areas. He recalled an example from 2010 when the entire Ballard neighborhood was struggling to reach its target zone with 61 percent occupancy rate, despite having extremely full spaces in the area’s busiest blocks.

“When we got to looking through these blocks in the middle that were extremely full, we noticed that there were edges in the area where no one was parking,” Williams said. “So we ended up splitting up [Ballard] into cores and peripheries. In the core, we raised the prices and lowered the prices in the peripheries with the time limit to four hours. That helped the area get closer to the target range and where we wanted it to be.”

Such was the case for Chinatown this year as the core areas had an 89 percent occupancy rate (up by 12 percent from 2013) and the periphery area had 69 percent occupancy, down one percent from 2013. As a result, both areas will change in the Fall by 50 cents. Williams said he hopes that the added signs and the price change can encourage drivers in the areas to consider parking in the edges of the neighborhood.

“Folks are going out more,” Williams said. “Minus a few exceptions, the parking spots are a little more full than last year.”

Changes in Belltown North, Ballard Locks, Westlake Avenue North and the Pike-Pine already occurred earlier in the year, while most will be coming between September and November. The schedule for these changes can be found here. 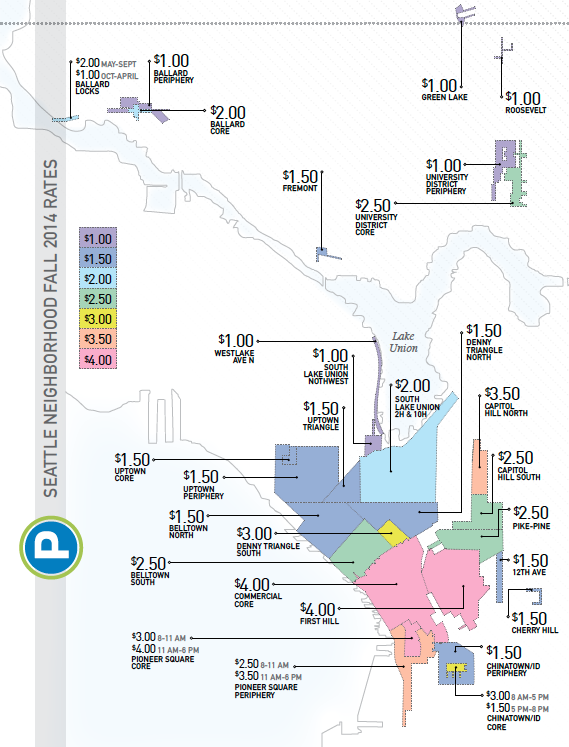 “Our current pay stations require a technician to visit each one to make changes,” Williams said through an email. “In addition, some require new signs. It’s a pretty big effort.”

20 Replies to “City to Enact Changes in Paid Street Parking”