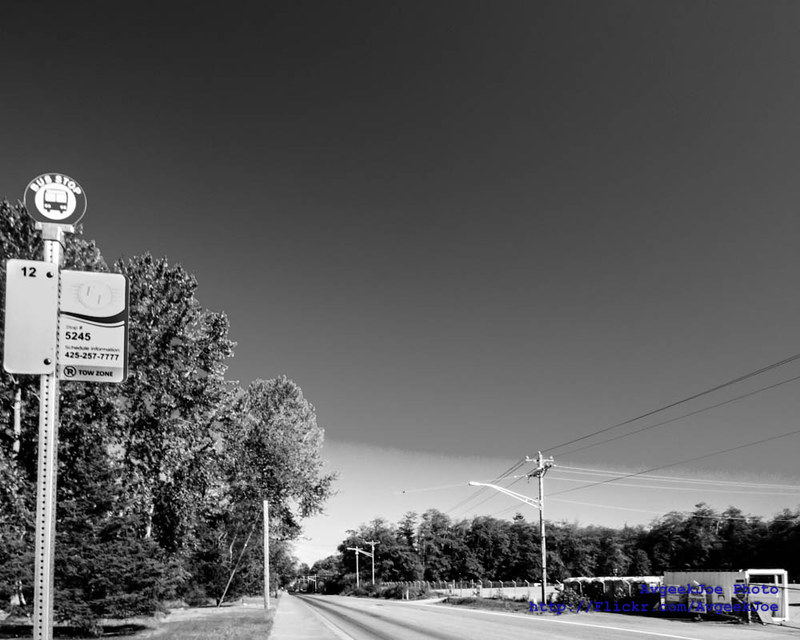 Last Saturday the 13th I was at Paine Field with friends to watch Flying Heritage Collection (Paul G. Allen’s (mostly) flying collection of historic warbirds such as the F6F-5 Hellcat and B-25J Mitchell) conclude their Fly Days (my Flickr album of the events – with more pictures to upload) and then visit the Museum of Flight Restoration Center to the north.  While working my way back to the main Everett thoroughfare Evergreen Way for some dinner plus a Community Transit Swift to connect to Amtrak Cascades, I walked .2 of a mile away from Paine Field into a wooded lot and into an industrial area.  Finding it a bit odd to place a transit stop on 100th Street over 1,000 feet away from a major tourist attraction, I decided to make some time to write while my memory was fresh.

Now as I have not written about Paine Field’s transit issues for a while, please enjoy the map below to help orient yourself around:

I had to carpool from Everett Station down to Flying Heritage Collection and then over to the Museum of Flight Restoration Center.  No complaints but if an aviation geek who cannot or won’t drive doesn’t have gracious friends… or the money for cabs – yeoch!

But the main reason why I decided to write a request for Everett Transit to reconsider its transit network and put bus service preferably at 100th Street Southwest & 29th Avenue West is so that we can get more users of transit in general.  I also overheard while waiting in the Museum of Flight Restoration Center waiting to cross the busy intersection to my bus a very low number for attendance for the day to the Museum of Flight Restoration Center and yet… there was quite the line for pilot autographs at Flying Heritage Collection much greater than that number.

Is this me as an aviation buff hoping to inspire improved networking to grow the economic ecosystem of these four complimentary Paine Field museums all with strong leaders?  You betcha.

Also would I argue the failure of imagination and foresight by Everett Transit to see that maybe a family wanting to go out to Paine Field’s museums via bus really wouldn’t find the below all that inviting to take the kids along – or in my case tote around $800 worth of camera gear if I got robbed: 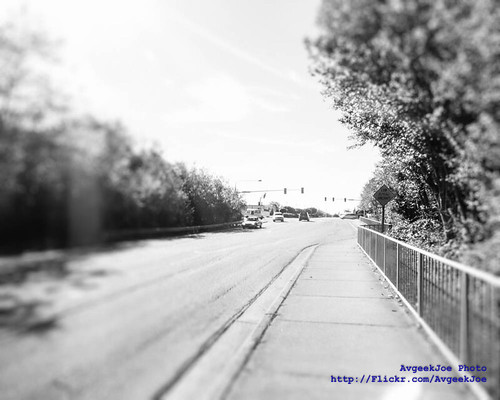 With over 3,000 visitors a year to this wonderful facility and now quoting The Museum of Flight, “a big garage packed full of airplanes in all states of restoration and looming over it all is the nose of a de Havilland DH.106 4C Comet poking through the specially modified hanger doors”; I would argue the next Everett Transit route realignment needs to please consider Paine Field’s role in Everett tourism efforts.  Especially as Everett’s Mayor publicly wants long-term light rail for Paine Field and realizes Paine Field is vital to Everett’s economy!  Furthermore, the farebox recovery from nobody riding an Everett Transit bus equals the same as a fare-free and full Island Transit bus: Namely zero so perhaps if serving a tourist attraction is still unattractive to easily increase the number of potential riders by 3,000 annually to improve farebox recovery is still unappealing; then perhaps I can never explain business sense to anyone!

Noting that on-topic comments are welcome, comments that stray off-topic get one warning and spammy comments get deleted, you tell me please what you think.  Please.