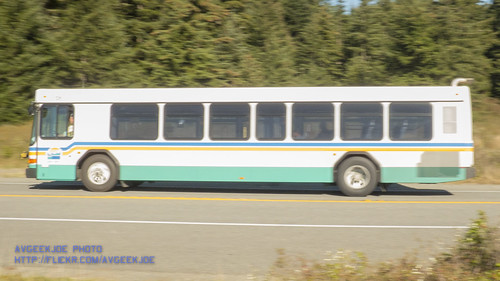 Just got this statement a few hours ago.  Posted in full below with my bold – and then my rather brisk commentary.  Here goes.

As an Island County Commissioner I serve as one of five elected officials from across county who meet monthly as the Public Transit Authority. The Board members knew that a portion of cash reserves were going to be used to match the federal grant used to build the new transit facility – a much needed capital investment. However the monthly financial reports the Island Transit Board received were inaccurate. What was discovered this spring was an ongoing cash shortfall in the operations budget. Action was taken swiftly to address the problem as it was described, but it was subsequently found that the depth of the shortfall was larger than first reported. Executive Director Martha Rose acted to implement emergency measures restoring fiscal balance to the organization. This included cutting administrative staff in June and July, reducing several routes and cutting Saturday service on September 1.

Executive Director Rose claimed full responsibility for this situation. She fired the finance manager for withholding vital information, and conducted an internal audit to review and rebuild the financial reports. The State Auditor’s office in currently examining the details and their report is expected next month. Legal counsel has been contacted to examine whether there was any crime committed. The Board has taken action to increase transparency and public access to financial reports. Stronger checks and balances have been put in place to prevent this from happening again. The Board is holding special meetings to stay abreast of the developments and take necessary actions.

The routes cut on South Whidbey have impacted families, workers and some of our most vulnerable citizens. Transit staff is drafting a plan for a complete revamp of the system to put out for public input. Individuals should contact Island Transit staff to share their concerns and suggestions. A short term and long term strategy is needed to restore a viable level of public transportation services.

Many folks have asked if charging a fare would solve the problem. Probably not. A quick review of similar sized transit systems  shows only a 10% average collection of revenues from fares. Whether or not charging fares would have more negative outcomes such as reducing ridership and increasing costs, than the positive cash it would generate, is not certain. It would be helpful to put this question to rest in the months ahead.

Island County wants and deserves a transit system which is dependable, sustainable, flexible and responsive. We can and must work together to achieve that goal.

Thank you Commish.  Here are some thoughts:

Finally, Island Transit has a Board Meeting in their Coupeville HQ at 0930 Hours on Friday.  Just so you know.