The world isn’t a fairy tale, and it could be more brutal than we want to acknowledge. Equally, it could be better than we’ve been led to believe, but either way, we have to start seeing it exactly as it is, with all of its problems, because it’s only by seeing it with all of its problems that we’ll be able to fix them and live in a world in which we can all be happily ever after. — Heather Brooke
(SOURCE) 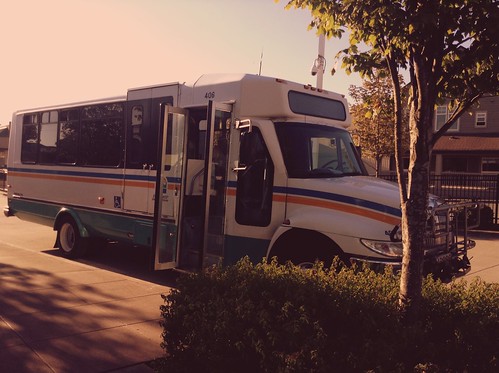 Beginning with another Heather “Newsbrooke” Brooke quotation because folks, we could sure use one.  Many, including I, thought last Friday’s supposed end of the Martha Rose era was not the beginning of the end but a finite end of the beginning to play off of a famous Winston Churchill quotation.  The Wednesday afternoon Island Transit Board Meeting, being held under the cloud of the Island Transit Acting Finance Director’s insubordination and outrageous allegations, did not resolve the issue to the point where a long sortie full of detail is now necessary.

At least Common Sense and Island Politics took video of the latest Island Transit meeting and provided commentary.  The mainstream media hasn’t launched a response yet.  I have helpfully clipped the video to the most important part of the meeting – namely addressing the solvency of Island Transit and the epic failure of Island Transit’s Acting Finance Director to report to the Island Transit Board on the status of Island Transit’s deferred payments to the Washington Transit Insurance Pool.

Before posting the video, I would like to note as a lapsed Washington Coalition for Open Government member that for the record Island County Commissioner Helen Price-Johnson was right in citing RCW 42.30.080 on special meetings that states, “Final disposition shall not be taken on any other matter at such meetings by the governing body.”  However Oak Harbor Mayor Scott Dudley was also right in stating the meeting’s agenda said only “Management Transition” and “Executive Session if necessary” arguably giving him clearance to address the Island Transit Acting Finance Director issue.  Clearly clarity from the state legislature or from a set of Attorney General’s Office Model Rules on the Open Public Meetings Act or a more finite Island Transit Board Meeting agenda would be constructive.

That said, here’s the clipped video – originally from Common Sense:

If I may be snarky, perhaps there’s a reason why the picture for this news story is of a driverless Island Transit Bus.  While writing this story, Island Politics got part of the scoop on an e-mail the Acting Financial Director sent to many if not all Island Transit employees defining McCarthyism.  But Seattle Transit Blog obtained an e-mail sent this morning from Oak Harbor Mayor Scott Dudley to the Island Transit Acting Executive Director Bob Clay confirming an Island Transit response to a Seattle Transit Blog public records request there still is no Executive Director Martha Rose resignation letter – fueling suspicions Martha Rose didn’t resign and certainly creating more chaos at a bad time.

As if this crisis needs to be put into more stark relief, recently Seattle Transit Blog received a comment stating in part with my emphasis:

The employee manual section 2.03 prohibits any employee from speaking out for fear of being terminated. This is a bizarre code of ethics section which is ambiguous enough to be used against anyone attempting to reveal just how badly Island Transit is mismanaged. Any employee questioning anything is quickly silenced and counseled not to ask disruptive questions. Senior drivers who are not in jeopardy of losing their stature also defend the regime without question, to show loyalty in order to save their paycheck. Fear and intimidation are the workplace standard.
Martha has help in the blame game with former finance manager now reinstated finance manager Sandra Kuykendall who also made statements against Barbra Savary. Martha stated in the newspaper she brought in Kuykendall after Barbra Savary was fired. This is a complete lie. Barbara and Sandra worked side by side for two weeks during the transition period of Barbara’s voluntary resignation of the position. If the Board of Directors wants to investigate and audit, simply look at the days on payroll for both of the financial managers and question the overlapping time period.

According to the Island Transit Personnel Policies Manual, section 2.03 contains in part, again with my emphasis:

Actions of an uncivil, immoral, or indecent nature and use of profanity or vulgar language while on duty (on-the-job) or on ISLAND TRANSIT property are prohibited. Employees must remember that, as public servants, they are expected to present a favorable public image and to cooperate with the public and their fellow employees. Employees are reminded that disruption of the workplace with loud, obnoxious, unruly behavior will not be tolerated.
. . .
Reporting to management suspicious, unethical, or illegal conduct by coworkers, customers, or suppliers

I’m sure the Kuykendall sortie served as a strong validator of allegations of a hostile work climate in Island Transit – and those of other former & current Island Transit employees posted to multiple websites.  I’m also sure the fact the Island Transit Board does not know if its payments into the state insurance pool – with no less than two lawsuits having been field – is equally unsettling.  No wonder Oak Harbor Mayor Dudley has grave doubts about the solvency of Island Transit and made the public allegation the Island Transit Board with a “lack of accountability and lack of responsibility” is “responsible for the financial situation we find ourselves in today”.

Personally, it would take serious changes arguably on Island Transit’s behalf to convince me to ever again sortie to the Washington State transit advocacy community and ask the 38 other counties of our state to rescue any services of Island Transit.  It’s time we in the transit advocacy community started openly discussing options what to do with Island Transit and keeping Island Transit’s reputation separate from other transit agencies’ reputations.  In military aviation, they’d call it “Response Options”.  Response Options we’re going to need as the State Legislature restarts in about three months in January…

One of the things the transit advocacy community is going to need to do is explain Island Transit is the outlier, not the ‘new normal’ of transit governance.  That politics on Island County are bordering on dysfunctional – Exhibit A being the Beyond Stupid land use policies around NAS Whidbey Island’s Ault Field and Outlying Field Coupeville that sparked the progressive anti-Navy insurgency in Central Whidbey.  That Island Transit has suffered from Leaderism for some time.  That we in the transit advocacy community are open to new vaccines to keep another bout of “Island Transit cancer” from spreading to our local agencies.

So here are four ideas for transit advocates to consider:

Just attempting to spark a conversation among the wider transit advocacy community… one we need to start having.

Finally, just an editorial note of reassurance that at some point I need to insert: I am doing some research on Paine Field’s transit situation.  Non-financial research that is so Everett Transit & Community Transit you may exhale.  Please do.

Once the Island Transit crisis simmers down, I will pick up where I left off on my Sound Transit Sounder North research as well.  However, we do have a crisis that is being closely monitored in Olympia and it seems happily ever after is bordering on impossible here.

At some point, I also want to poke around Washington State Ferries…

18 Replies to “North by Northwest 19: Island Transit Still in a Storm”