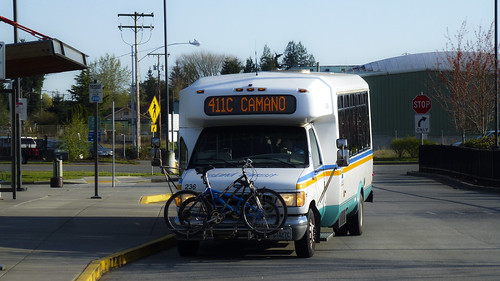 “It is scrutiny by the general public that keeps the powerful honest. “

After reading a late Friday report Island Transit may be nearing bankruptcy from IslandPolitics.org I reached out to Island Transit Emergency Executive Director Bob Clay.  In a quick telephone interview today, Mr. Clay explained that the IslandPolitics.org report was based on a financial snapshot of a transit agency coming out of fiscal troubles with little to no reserves.  Several days after the snapshot was taken, much sales tax revenue was deposited into Island Transit from the Island County Treasurer keeping the agency from going into the red.

It is my understanding that Island Transit was working on a route restructure as of the past few months to help address the structural deficit IslandPolitics.org helped expose.  Also a contact in the State Auditor’s Office believes the audit on Island Transit will be done this week for release probably next week.  So Island Transit may not be bankrupt… yet.

Ultimately thanks to the fiscal crisis and Island Transit’s structural deficit Bob Clay has a thankless job, as does Scott Dudley who brought the heat to remove a failed CEO of Island Transit when other elected politicians weren’t up to the job.  It’s one thing to hide behind a website and sling arrows – it’s another to be a man in the arena.

So please keep Island Transit in your thoughts and prayers right now.  Thanks guys.

Finally, on a personal note, I am happy we had the debate we had about electing transit board members.  Problem is, I have personal experience with a Tea Partier elected on a transit board in Kelly Emerson – and as such “Mr. Avgeekjoe from Skagit County” that Republican, er, guy on the STB comment threads since 2011 endorses Kelly Emerson’s Democrat opponent Dolores Gilmore solely due to Kelly Emerson’s being on the Island Transit Board last year without taking effective action to save Island Transit.  Frankly if you are on a nonprofit board and don’t speak up that your nonprofit – namely Island Transit – is burning through reserves while building an opulent headquarters; you don’t deserve further elected office.

My main concern in advocating for elected transit boards (or at least appointed members who cannot hold elected office) is doing our utmost to ensure actual, genuine transit users sit on these boards so we – and not some cushy bureaucrat or career politician who may or likely does not have an ORCA card in their wallet – lead the debate on transit.  We need transit advocates on these boards – not politicians shuttling around a multitude of issues and hope they somehow get transit right.  Just remember when we transit users keep quiet or are kept out of the room by career politicians – most of whom don’t use mass transit – what happens… we get things done to our transit service.  Our goal should be to improve service quality and efficiency democratically.  Period.

4 Replies to “North by Northwest 20: Regarding IslandPolitics.org “Snapshots” of Island Transit’s Finances”