When Sound Transit presented planned updates to their Long Range Plan  to the PSRC last Thursday, there was some blockbuster news for local transit advocates: Sound Transit is adding a Corridor 14, The Sand Point Crossing, to its long range plan for additional study. The Sand Point Crossing was first covered by Seattle Transit Blog here, and then Seattle Subway advocated for it during the Long Range Plan comment period. A lot of you echoed our thoughts to the board and Sound Transit Staff — and they listened. 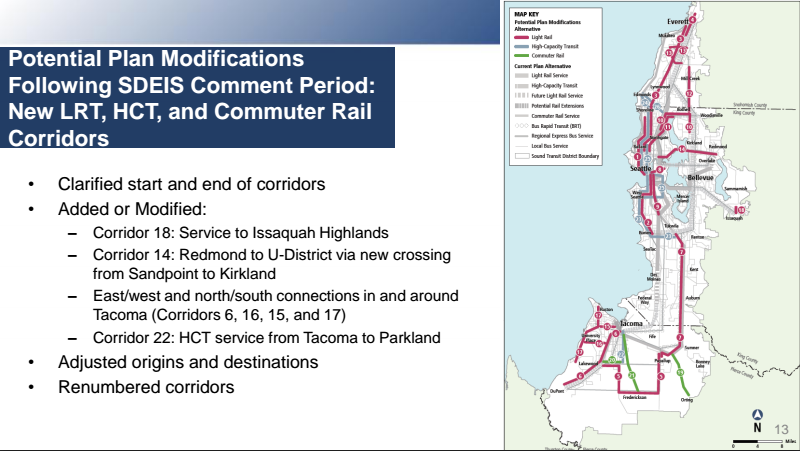 To those who question whether advocacy works and whether Sound Transit listens to the public, I present this as exhibit A. The Long Range Plan explicitly said that they were not going to study this corridor due to the findings of the Trans-Lake Washington Study. Seattle Subway countered that argument and, with your help, the Sand Point Crossing will now be studied.

We will now get objective answers about whether or not the Sand Point crossing is the best option for a Lake Washington Rail crossing. We think it is – but now we can be absolutely sure. When a large agency like Sound Transit is responsive to the public, we all win.

If you have a chance, please take the time to email the  Sound Transit Board and ST Long Range Plan Staff and say thanks. As advocates, we often focus on what is wrong more than what is right – lets acknowledge a job well done.