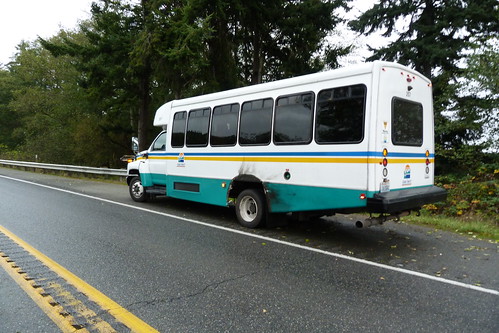 Let’s just be clear here: It’s just not fair for transit advocates on the mainland with issues of our own to defend a transit agency that wastes grants funded by the same pools of grant funding that could rehabilitate transit agencies with both moral conduct and transit cuts to repair.  Transit cuts that hit riders during the Great Recession while Island Transit did not make any route or staff cuts to restore an honorable financial position until June 2014, after $2,100,000 of operating debt had piled up while the new Island Transit HQ was being built.

One last thing: This is solely about working to inoculate other transit systems in this state from the Island Transit fiascoes.  January is coming up in the window rather fast and when the State Legislature is in session, we better get it together or cut from the team Island Transit.This is a personal editorial with many sources, not a news item.  Also furthermore these views are not necessarily the views of the Seattle Transit Blog Editorial Board, hence the title.

9 Replies to “North by Northwest View 01: What It’s Going to Take for Island Transit to Rebuild Trust”