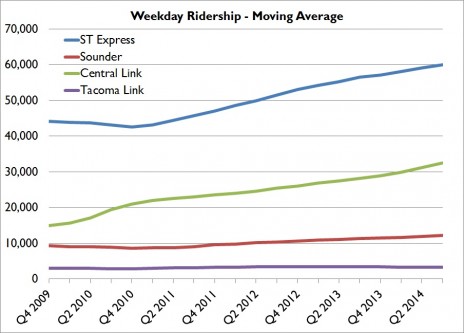 These Quarterly Reports aren’t as special now that Sound Transit has beefed up their monthly reports, but in past pieces there were some graphs I don’t post in monthly report posts. Do people still want me to do these quarterly summaries? Is there any additional information in the reports you’d like me to track and display?

ST Express bus boardings were up 6.5%, with all but two routes showing increases. Growth in commuter ridership was evident with an 8% increase in average weekday boardings, from 57,934 to 62,549. ST Express service levels have remained consistent with 2013 service levels throughout 2014.

Tacoma Link light rail boardings declined during the quarter, continuing a trend that started during the fourth quarter of 2012. However, the decline was very small (-0.2%), indicating that the trend may be bottoming out.

Central Link light rail boardings were up 15.3% for the quarter, with weekday ridership averaging 37,242 boardings, an 18% increase compared to Q3 2013.

Q3 2014 route-level and corridor ridership information can be found on page 2; along with Q3 2014 and YTD 2014 service performance on pages 3 and 4, respectively.

Full report here. My charts below the fold. 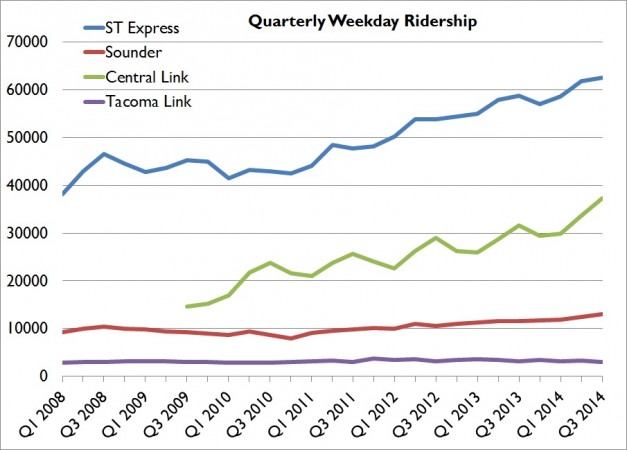 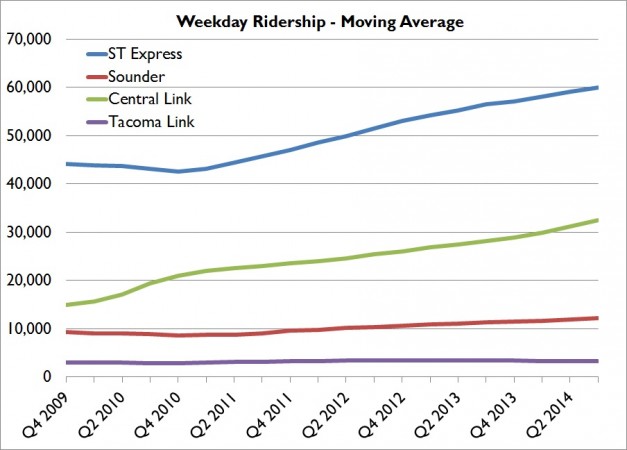 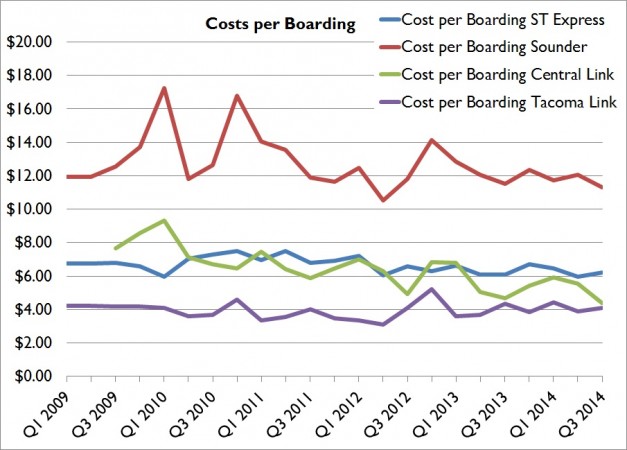 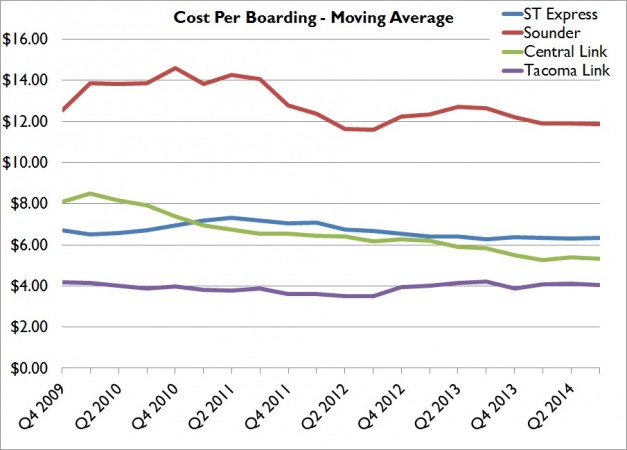