While they provide their own bar charts showing the last year of growth, I took their provided data from the last 4 years and plugged it into the charts I regularly produce based on Sound Transit’s ridership reports. The results are startling. Seriously, wow. I don’t want to pat myself on the back too hard, but in terms of visualizing success, I haven’t seen stronger.

First a bit of refresher. In September 2012 KC Metro undertook a aggressive restructuring in Ballard and West Seattle around the introduction of Rapid Ride. These restructures were based on the County Council’s new service guidelines. And Metro’s restructures freakin’ produced. Yes, they were contentious. Highly contentious. Taking away transit, even lowly utilized transit, is a highly politicized action. However the results show that if you put those hours into high demand corridors you get amazing results. Assuming your goal is to provide the most amount of people the best possible transit options it works. It really, really, works. After looking at the below charts everyone reading this should write their KC councilmember and thank them for their courage and leadership.

To me, this seems to argue for more aggressive reorganizations. Fast, frequent, all day routes bring in riders. Who would have ever guessed? Hopefully now that Metro is in the position to be adding service they will put those hours where it will do the most good, the routes, corridors and services that people have voted for with their feet. 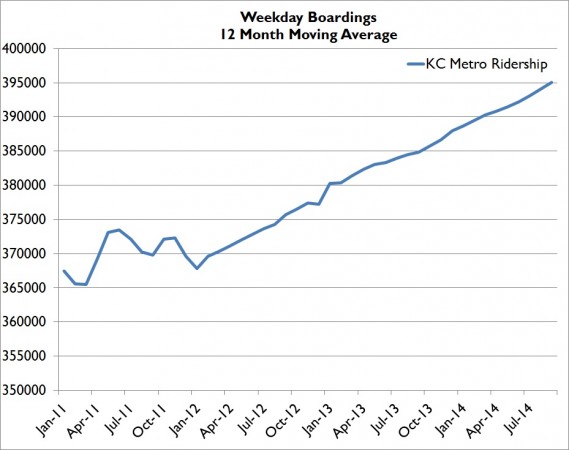 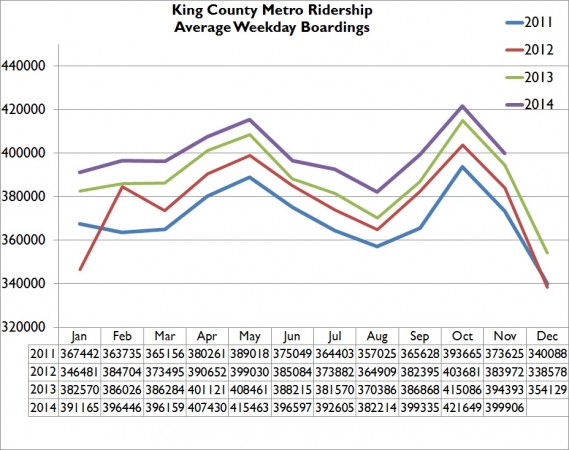 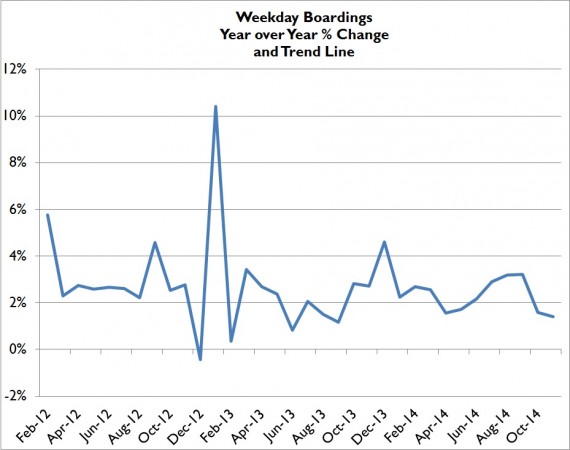 25 Replies to “New Metro Ridership Report – Up, Up, and Away”