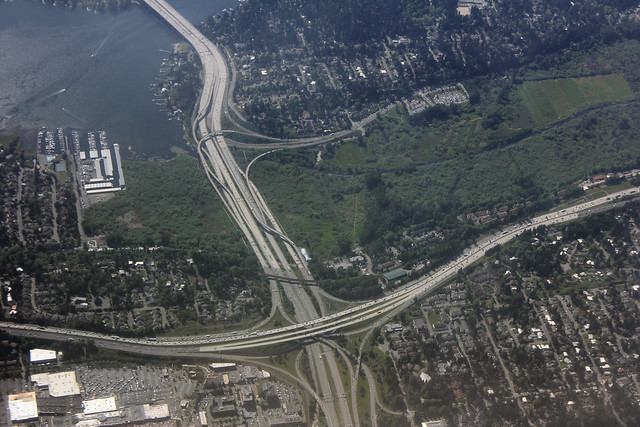 Martin did a great run-down of the Governor’s transportation proposal before the holidays.  There’s a lot of new highway construction in there that transit advocates and people who care about the future of the earth should be concerned about, but I think it’s important to distinguish between types of highway construction.

One thing most transit advocates agree upon is that transit should run in uncongested lanes (when not grade-separated of course) and that roads should be priced to help ensure that free-flow.  So it’s worth noting that about a quarter of the highway expansion money in the proposal would go primarily towards completing the system of express toll lanes on I-405.  Through downtown Bellevue, 2 of the 5 lanes in each direction would be tolled.  This is hugely significant, since the current HOV lane often fails to maintain consistent 45MPH speeds in the afternoon peak, hurting transit.

The first express toll lanes will open between Bellevue and Lynnwood this year.  The lower half, between Bellevue and Renton, is currently unfunded, but would presumably receive the bulk of the funding from Inslee’s proposal.  Completing these projects will create the largest stretch of congestion-priced roadway in the region, stretching from Auburn to Lynnwood.