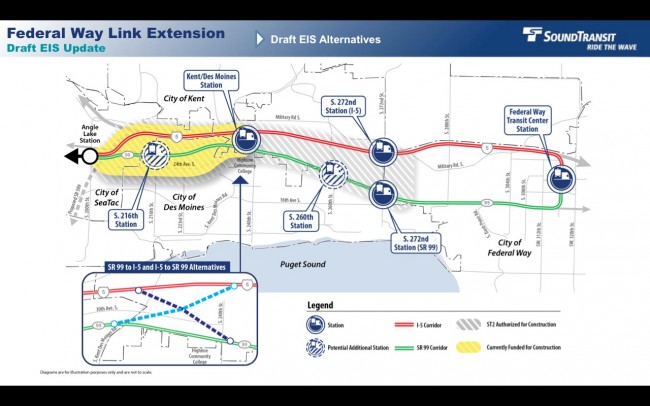 This is the largest single TIFIA loan to a transit agency in the country and the second largest TIFIA loan overall, and at the lowest rate – 2.38 percent – in the 25-year history of the program.

The low-interest loan, which offers more favorable terms than traditional bonds, will increase Sound Transit’s financial capacity by an estimated $200 – $300 million. Over the coming years the capacity will enable the Sound Transit Board of Directors to potentially restore some voter-approved Sound Transit 2 projects that were suspended as a result of the recession and help reduce risks of scope reductions or delays.

By knocking over 3 points off the interest rate ST would usually pay, the loan both allows ST to bring projects forward and also afford more project in absolute terms. The loan size is based on the overall East Link project budget, but spokeswoman Kimberly Reason says “our impetus for applying for the loan was to address the recession’s significant impact on the 29% loss in projected revenues for ST2.”

Given the intended purpose of the application and the miserable optics of making up new stuff while voter-approved projects are unfunded, restoring ST2 losses seems inevitable. Within those constraints, the Sound Transit Board will decide what to do with the staff’s harvest.  It is not bound by subarea equity, although the funds to repay the loan will presumably come from whomever benefits. The press release helpfully lists some candidate projects:

Bringing forward new bus hours, as opposed to capital projects, actually increases program cost instead of merely shifting it. However, 50,000 bus hours amounts to only about $7m per year, small in terms of the absolute savings due to lower interest rates.