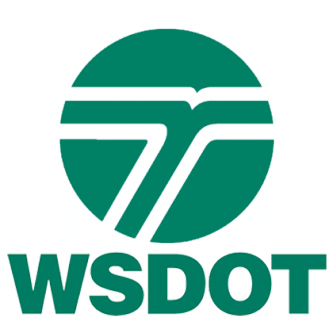 A few weeks ago I attended the TCC organized Transit Talk. Along with transit champions Marko Liias and Jessyn Farrell, WSDOT Public Transit Division’s Stan Suchan rounded out the panel. During the Q&A I brought up the failure of our HOV system and asked what could be done, specifically mentioning HOV 3+ as a possibility in those stretches where even WSDOT admits the HOV lanes aren’t meeting reliability standards.

In my opinion, the answers were underwhelming. Senator Liias stated that it was very hard for a politician to take away something from a constituent without giving back something in return. Representative Farrell seemed to agree.

WSDOT’s Stan Suchan basically said the agency needed more time to study the situation. The agency has questions on whether moving to HOV 3+ would result in breaking down some current 2 person carpools into 2 SOVs, thus increasing congestion. To my mind the obvious question is if WSDOT’s definition of congestion is looking at person throughput or only vehicular.

Multiple times both Mr. Suchan and Senator Liias stated that we need to wait for the I-405 widening project to finish up and the results studied before anything could be done on other corridors. Considering that in many places our HOV lanes are worthless right now during peak hours, being no faster than the general purpose lanes, I found the need to wait years to fix the situation disappointing.

That was just my impression from an on the spot answer so I wrote Mr. Suchen in order to make sure I got the whole story. He was gracious enough to write back with substantive responses. Below are my questions and his full responses.

Does WSDOT currently feel the HOV system in the Puget Sound is working?
In many places it does, in others not so well.The HOV system in the Puget Sound Region is delivering, as it has for decades. The freeway HOV system moves about 100,000 transit riders per day. Most HOV lanes carry about twice as many people as adjacent general-purpose lanes during rush hours. They nearly always provide a travel time advantage to transit riders, vanpoolers and carpoolers. In the reverse-peak direction, these lanes are crucial to help transit buses get to the start of their routes.  One thing is very clear; commuters, transit agencies, businesses, and, those in adjacent general-purpose lanes all benefit from HOV lanes.Like much of our transportation system, Puget Sound Region HOV lanes are stressed. In certain locations on many days the HOV lanes are not meeting the 45 miles per hour standard. Both traffic volumes and incidents are key factors. Traffic volumes on many Puget Sound Region freeways are largely back to pre-recession levels. The mix of heavier rush hour traffic and rush hours that start earlier and end later amplifies the effects of incidents on traffic. It takes longer for the system to recover.We need to take reasonable steps to make the HOV lanes work better, but that can’t happen in isolation. We’ll need to consider the effects on other parts of the transportation system, local agency and jurisdiction support and public support.

Currently what steps is the agency pursuing to fix it?
The most significant effort underway is the I-405 express toll lanes, slated to open later this year. The lanes are designed to give drivers more choices, transit riders better performance and WSDOT more tools to manage traffic flow. This system will boost transit, vanpool and carpool speed and reliability, providing new incentives for people to share the ride.WSDOT is also working with Community Transit and other agencies to examine small-scale options to improve HOV lane and transit performance elsewhere. But there’s no quick fix. Given the stresses on the transportation system overall – for example, overcrowded park and rides and peak hour transit buses; overburdened general purpose freeway lanes and arterials; and economic and population growth – it’s important that we are thoughtful and judicious. Any changes we make will require support at all levels, including the general public, and funding.

Is moving to HOV 3+ being studied right now?
I-405 express toll lanes will help us learn a lot about one method to improve HOV and traffic performance; they’re likely to require HOV 3+ during peak hours for toll-free access to the express toll lanes.HOV 3+ inevitably comes up in conversations about system performance. However, it’s not an easy, cheap or sure-fire solution. It would not prevent accidents, which disrupt the entire freeway. It would shift two passenger HOV lane users that cannot find a third passenger to general purpose lanes during already congested peak commute times. We will continue to work with our regional partners to move beyond conversations and collaboratively determine next steps.

How long would it take to implement [HOV 3+]?
I won’t speculate on timing, we would need to study and answer key questions about a multitude of topics, including the effects on general-purpose traffic and safety.

34 Replies to “HOV 3+ not happening any time soon”