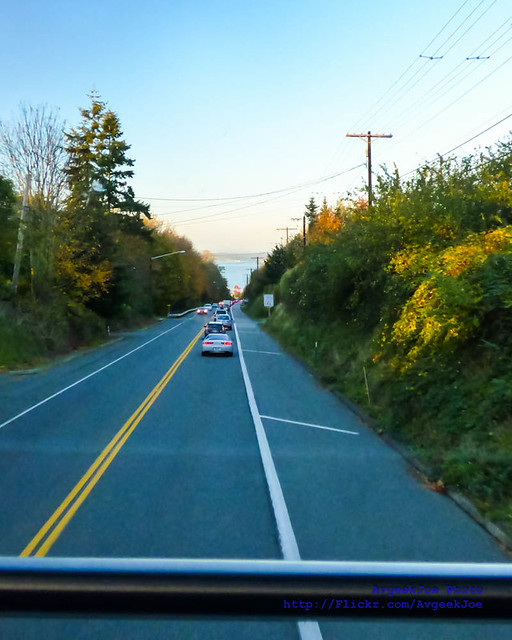 My photo from a Community Transit Double-Tall

I thought I’d share my comments to Community Transit on their annual Transit Development Plan update.  As I empathized last Friday along with some neat statistical quotes, please by 3 April e-mail planupdate-AT-commtrans.org your thoughts on the CT Draft TDP if we transit geeks want to give Community Transit input on their future goals.

I just copy-pasted my comments as well.  Figure this may or may not help you.

I just finished reviewing your 2015 update of your Transit Development Plan (hereafter TDP for brevity).  Rather impressed by Community Transit capabilities I’ve experienced and stated in the TDP, but the TDP does reflect vacancies around transit service for Paine Field so that’s where most of my comments are going to reflect.

But first, as a Republican and as a supporter of genuine congestion relief having sat last autumn in Skagit Transit 90X buses trapped in deep congestion and occasionally used Sound Transit-branded buses to get from Everett Station to Seattle – I hope all Community Transit staff take pride in providing 1% of the vehicles, but 25% of commuters on the I-5 corridor.

That said, I went over your TDP as an aviation photographer with a part-time gig at a Paine Field tenant not named Boeing.  I noticed no mention of any route restructures if Swift II came into being – which I hope Swift II does with the same awesomeness I’ve experienced with Swift I.  As such, I’m politely reminding Community Transit of some basic Paine Field geography:

Pardon my incredulity, but until you start serving a place averaging 777.8 visitors for the 362 days the Future of Flight is open annually… I just shake my head at your abandonment of your potential 777-8X bus stop.  I salute your service of Historic Flight Foundation & the neighboring “Windsock” via the Bernie Webber Drive bus stop, I appreciate Everett Transit’s service of the Museum of Flight’s Restoration Center but still.

At this conjecture I remind you of two of your more robust your TDP assertions:

The head-shaking failure to serve within half a mile a major Snohomish County destination by any definition with an average of 777.8 visitors for the 362 days and around 86 visitors per hour the Future of Flight is open annually without a strenuous hike from the Mukilteo Speedway or a hike up & down a trail to the Boeing plant 0.8 miles away is not conducive with your TDP goals.

So what is my “call to action” as your TDP would put the issue?  Okay, you need to initiate planning with new revenue a route restructure to service Paine Field museums and follow through to, “provide fast, frequent, reliable and affordable public transportation connecting all major destinations in Snohomish County” by using the new revenue to provide, “More connections to more places, more often and more reliably”.  There you go.