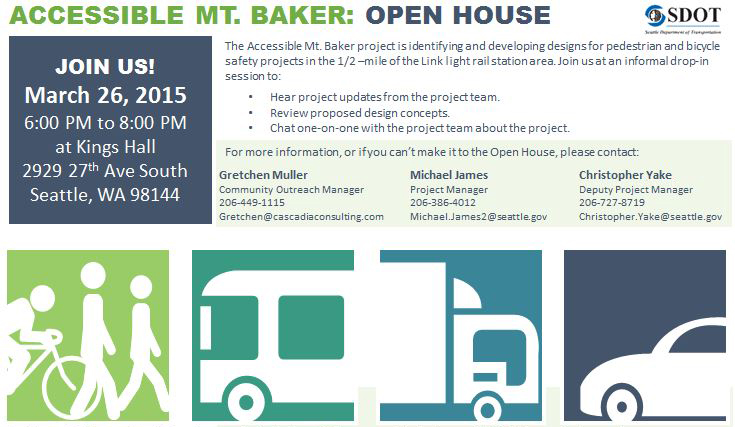 Talk to anyone who has spent any time around Mount Baker station about the situation down here and one word crops up a lot, awful. The place is a car sewer. A few years back DPD proposed an improvement that went no where (the bowtie), but now SDOT is taking a look at the problem. Preliminary work on the Accessible Mt. Baker project started late last year, but tomorrow will be the first public meeting where concrete proposals will be put out. Both immediate and long term proposals will be presented. I’ve heard that the long term proposal would be quite transformative for the area. While project manager Michael James couldn’t give many any specific details, his response is extremely encouraging:

It eliminates the MLK/Rainier bottleneck…

Combined with the work SDOT is doing to Rainier south of Mount Baker station, this is very exciting times for the Rainier Valley. We could be looking at the biggest non-Link infrastructure upgrade in decades, on the street that most would agree is the heart of the Valley.