While the year didn’t finish as strong as it began, 2014 was a year of explosive growth for link. Fourteen percent growth for a mature five year old line. While I don’t think Link can maintain that kind of growth rate until U-Link opens (simple math) it will be interesting to see how high ridership can get. Will summer ridership this year be enough to require Sound Transit to move to 3 car trains earlier than currently projected? Keep in mind that 2014 Link ridership was 22% higher than the 2011 projections. Link continues to overshoot revised projections, so it very likely that peak ridership will necessitate expanding capacity before currently slated. The only question is when. If only there were money for the cars. 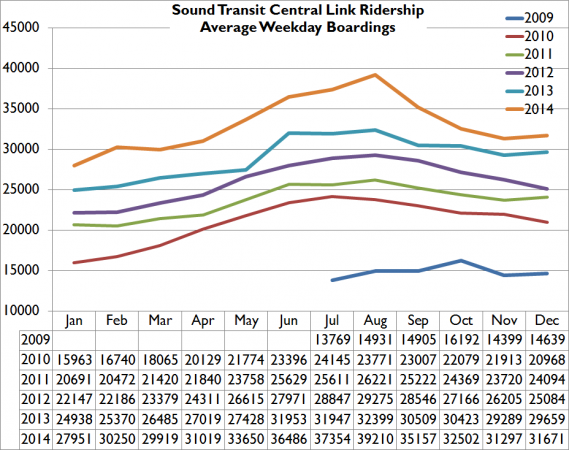 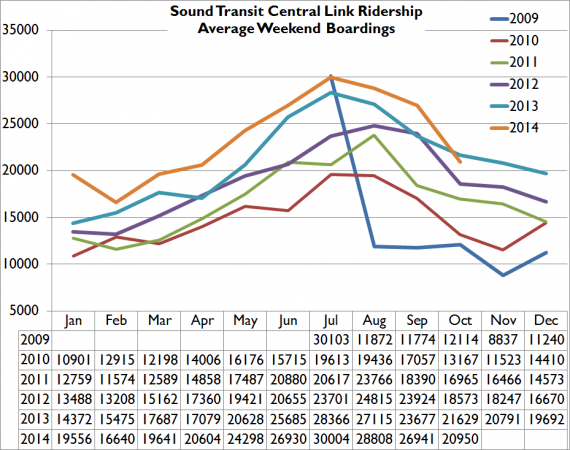 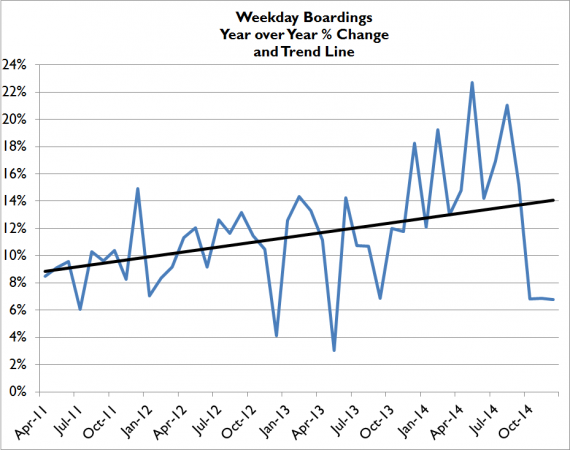 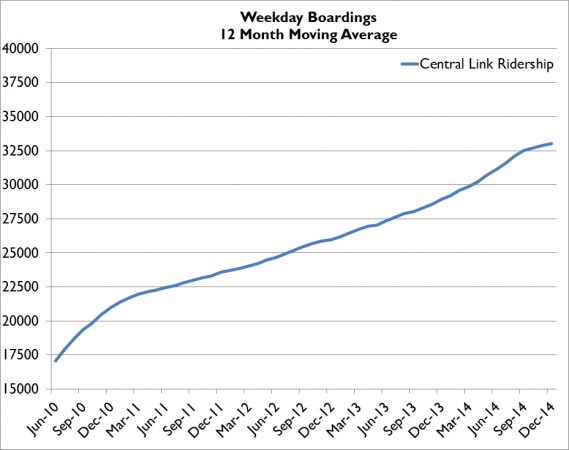 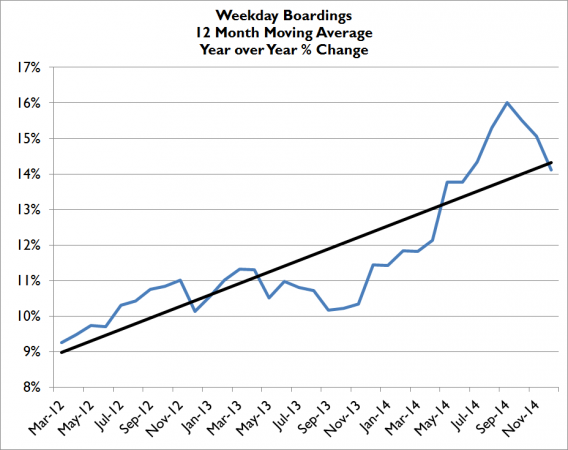