It looks like Link’s ridership growth is pulling out of last winter’s slowdown. Throw out last February’s Superbowl parade and so far this year Link is growing at around 9%. Last year’s ridership gains were so high (high teens!), I don’t think it possible to match them this year, but a return to low double digits (what it was averaging before last year) would be nice. It would also be enough to comfortably get us back to pre-launch (and pre-recession) estimates.

Sounder is doing great, 25% growth in Jan, 10% in both Feb and March. ST Express is marching along. How much more can it grow before overcrowding becomes an issue? Tacoma Link seems to have finally turned around. New employer down there? 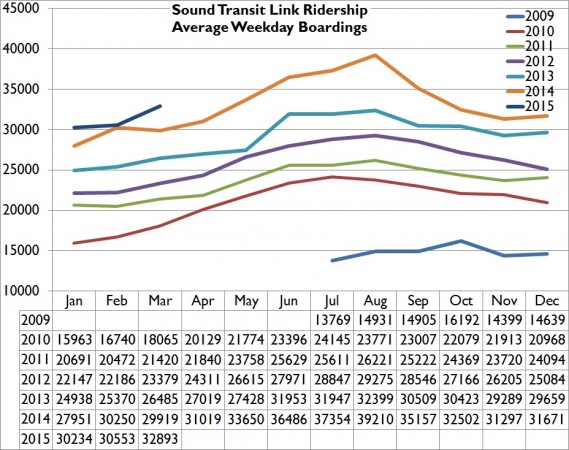 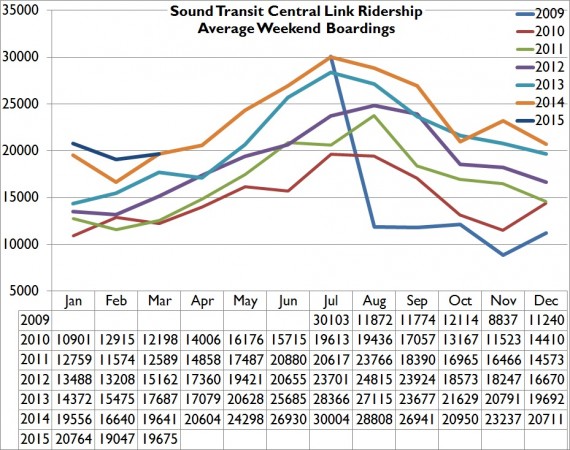 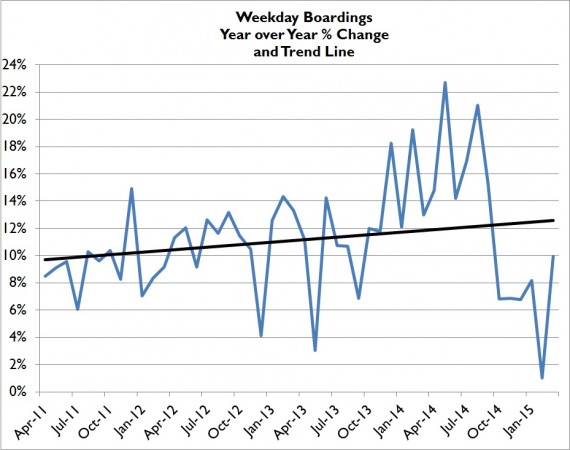 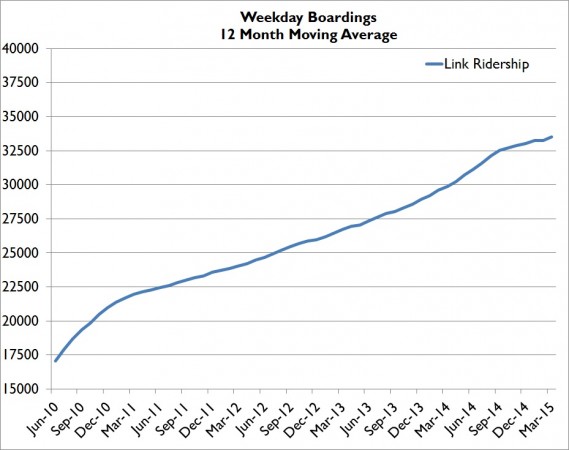 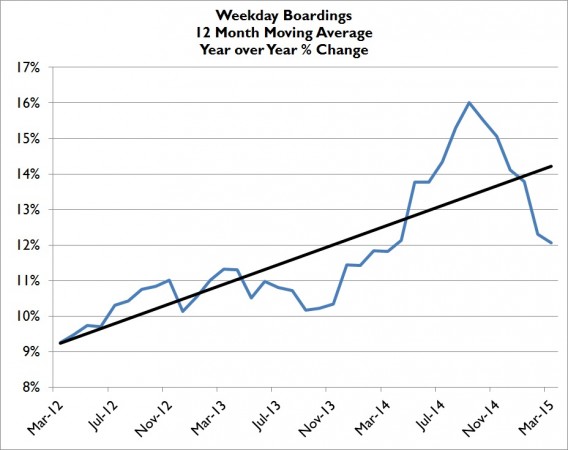