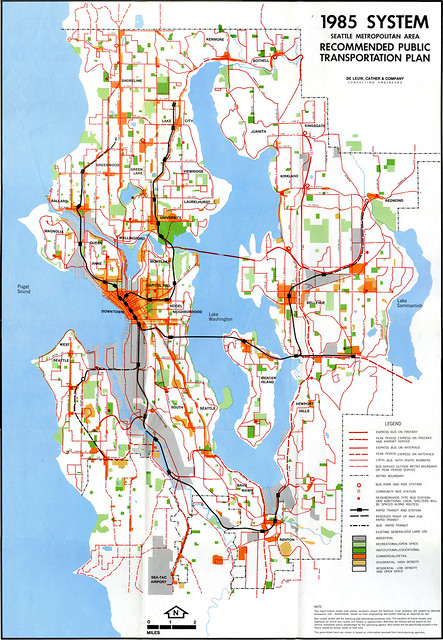 Martin’s recent post on the Everett delegation’s desires for ST3 is a good reminder that Sound Transit is as much a political project as an engineering one (and could it be any other way?).

When ST’s Ric Ilgenfritz spoke to STB readers at our April meetup, he described an agency that was coming out of survival mode and getting its sea legs. It’s hard to remember now, but 20-year-old Sound Transit spent most of its first 10 years fighting for its life.

One might think that after survival mode comes the transition to adulthood. But that would mean skipping over everyone’s favorite time of life, the awkward teen years.

Some of the confusion around ST3 stems from this adolescent awkwardness. What is this thing we’re building? What is this pimply teenager going to look like when it grows up?

One thing that gets Seattle transit advocates reliably twisted around the axle is the assumption that Sound Transit’s mission is to build an urban subway for Seattle’s booming population.  In fact, here’s how Sound Transit defines light rail on its web site:

And here’s the City of Seattle’s Transportation Master Plan:

“Link light rail focuses on regional connectivity and longer-distance trips; by design, it is more of an intercity commuter rail model of transit operation than an urban light rail service.”

Those who want an actual urban subway – fast, grade-separated transit connecting Seattle’s dense inner neighborhoods – basically have to take this regional system called Link and try to bend it to serve those needs, just like some folks in Everett want to bend it their way.  That’s politics. Though it seems like an impossible task, it’s good to recall there have been some victories over the years:

These are small but significant wins in our effort to turn our awkward teenager into a well-adjusted adult. It’s something to keep in mind as ST3 plans begin to emerge. In his recent op-ed for STB, Ilgenfritz himself implored transit advocates to get involved.  He’s right. Light rail will be what the process makes of it.

102 Replies to “An Awkward Adolescence”