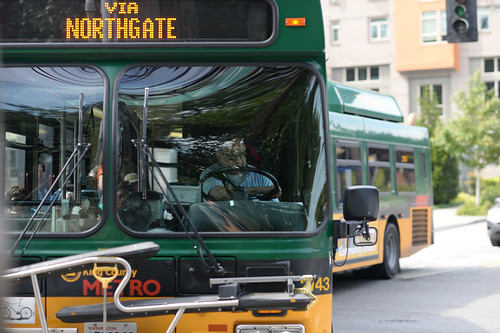 The King County Council will soon consider the restructure proposal that Metro submitted last week to take effect in March. They’ve set up an online form for public testimony on these changes. Our sources tell us that the initial comments from this tool, not widely publicized, are running heavily against any changes.

Most STB readers likely understand some basic principles of bus service planning. The University Link restructure enables higher frequency and easy trips to more locations by placing less emphasis on one-seat rides. It also leverages the enormous time advantage of transferring to U-Link from many parts of Northeast Seattle. During peak hours, most riders will still retain their direct buses if they so choose.

The rough STB staff consensus is that the Northeast Seattle changes are a huge step forward for transit connectivity and frequency. The Capitol Hill changes, while significantly watered down from a fantastic first draft, make some important improvements over the status quo for the 8, 11, 48, and 49.

Service changes of this magnitude are a huge organizational effort for Metro, and if the Council strangles this proposal it will only make Metro even more reluctant to rationalize the network County-wide. Moving this plan forward is critical to the system’s ability to improve in speed, efficiency, and usability.

So take a few moments to fill out the short form and tell the Council what you think about what Metro has done. It’s not clear what the deadline is, and there will be no new information, so do it now.