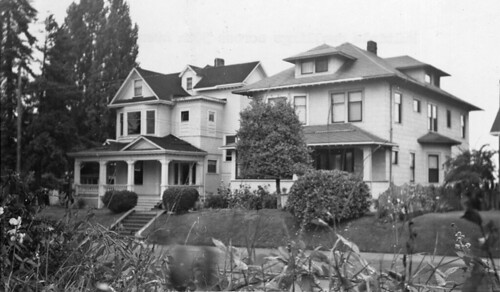 Land costs are also part of why yearning for the old days of moderate-cost bungalows is unproductive. A century ago, in most cities, it was possible to find relatively cheap land within commuting distance of downtown—partly because the invention of streetcars had just radically expanded the definition of “commuting distance”—so if you could build a house cheaply, you might end up with a relatively low-cost home. But as cities grow, and especially as their metropolitan economies grow, there’s more and more people competing for a fixed amount of land within easy commuting distance of job centers. As a result, the price of easily accessible locations—that is, land—increases substantially. At that point, it doesn’t really matter so much if you can build a home very cheaply, because the cost of the land it sits on will ensure that the total price of construction will be very high.

We’ve made very little progress in the last 100 years in reducing commute times.  Every time we get a new transportation technology (i.e. cars) we burn up the time savings building more sprawl. Long live Marchetti’s Constant.  But now that we’ve hit the limits of sprawl, we’re just spending more time in traffic.

It’s becoming cliche to note that 65% of Seattle’s land is off limits to development (zoned for single-family homes and parks).  Some percentage of the remaining 35% is presumably already developed to the zoning limit. That means all the city’s growth has to happen in the small fraction that remains.  Intensive development + small amount of buildable land = high land prices.  Some may lament that new housing is only built for the top end of the market, but when land prices are high and height limits are low, expensive houses are really all that can be built.  And yet the developer, not the landowner, receives the bulk of the public’s ire.

Municipalities try to ameliorate the expensive housing with subsidies, but the cost of land eats through scarce government funds. San Francisco, for example, is planning to spend almost $900,000 per apartment to build affordable housing in the Mission because of high land costs.

The simplest answer is to build more densely where the land is cheaper, i.e. in single-family neighborhoods.   Instead, current city policy encourages people to tear down single family homes and replace them with even larger, more expensive single family homes, which seems like the opposite of making things more affordable.  The “charming” old bungalows are going away one way or another, the only question is what they get replaced with.