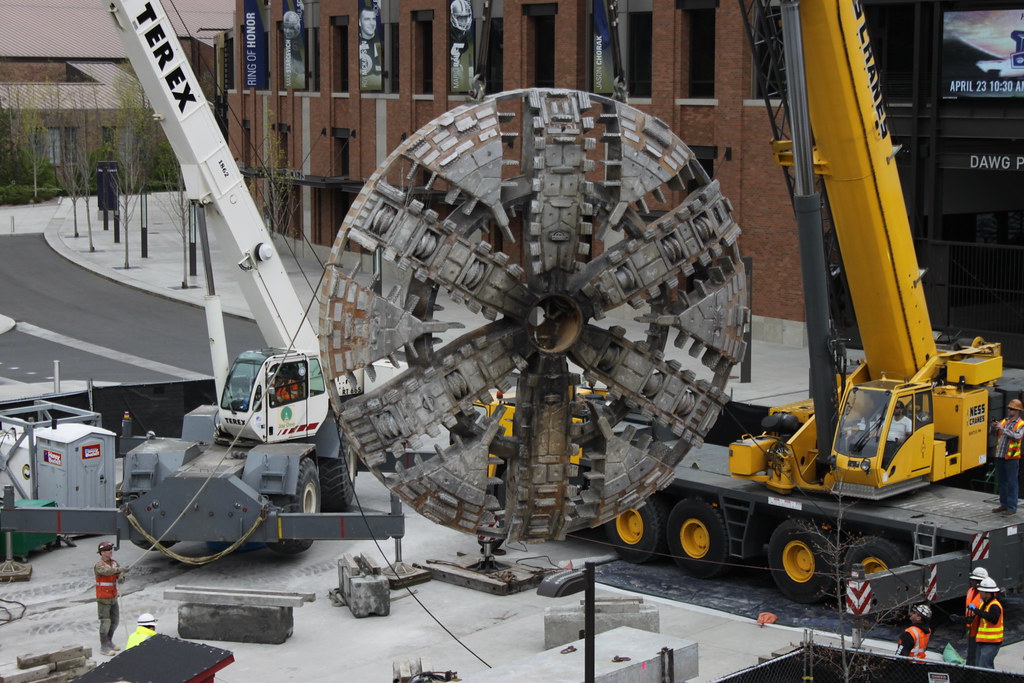 At around 1:20 p.m. Tuesday afternoon, the cutterhead of TBM #1 (formerly known as “Brenda”) was lifted out of a 95-foot deep retrieval shaft just north of the University of Washington Link station. The 21-foot diameter cutterhead is the first part of the machine to be removed from UW Station, a week after completion of the northbound Northgate Link tunnel.

The cutterhead will stay put at the UW Station staging area, easily seen from the pedestrian overpass, until early next week, according to Sound Transit. Over the next few weeks, contractors will continue to remove other parts of the machine and transport them to a lot near Rainier Beach Station.

During that time, Sound Transit will inspect the TBM and determine whether or not it could be used to dig the last segment of Northgate Link’s tunnels, the southbound tube from U District Station to UW Station. TBM #2 (formerly “Pamela”) is still undergoing refurbishment and repairs at U District Station after arriving on March 24 despite suffering minor damage and figuratively limping to the station. Mining of the segment is expected to be completed by the end of the year, with a hole-through at a further date.

In late 2011 and early 2012, Brenda was twice lifted out near Convention Place Station after the completing the Capitol Hill-Westlake segment of University Link.