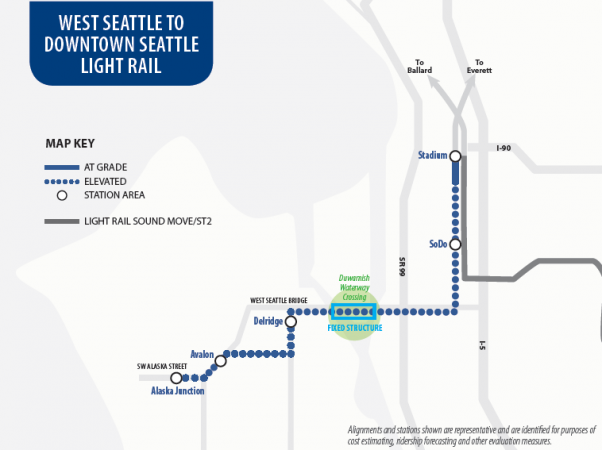 After studies, drafts, public comment, more drafts, amendments, and so on, you might be a little confused about what exactly is in Sound Transit 3 (ST3). This is the second in a brief ST3 reference series (2019-2024 here) about what’s in the package that we’ll vote on in November. Today: the second wave of openings (2030-36), where the bulk of the light rail arrives.

Once again, all figures are in 2014 dollars.

In 2030, two Link segments will open. The first will connect West Seattle to the Link spine in Sodo, with three (elevated) stations at Alaska Junction, Avalon, and Delridge; and intersections with the spine at Sodo (elevated) and Stadium (at-grade). The 4.7-mile, $1.5 billion line would have no park-and-rides and attract 32,000-37,000 riders in 2040, when the rest of the Seattle projects will be complete. Peak headways will be 6 minutes.

The second segment opening that year extends Link from Federal Way to the Tacoma Dome, a $2 billion, 9.7-mile stretch of (mostly) elevated and at-grade track along I-5. There will be three elevated (South Federal Way [500 stalls], Fife [500 stalls], East Tacoma) and one at-grade or retained cut station (Tacoma Dome). 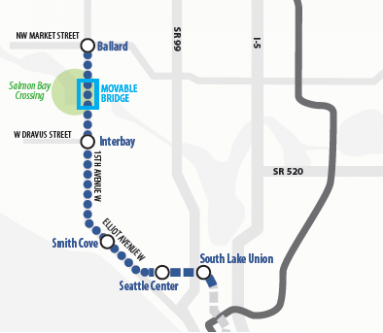 The next year, 2031, ST will deliver three infill stations. $67m 130th St Station is elevated and will have no parking. $70m Graham St would be at-grade, also without agency-provided parking. Finally, $131m Boeing Access Road is elevated and include both a 300-space lot and a bus transfer/layover facility.

Then there’s a gap until 2035, when Link to Ballard opens. The Ballard-South Lake Union (SLU) segment is 5.4 miles, costs $2.6 billion, and will attract 47,000-57,000 riders in 2040. There are three elevated stations (Ballard, Smith Cove, Interbay) and two tunneled stations (Seattle Center, South Lake Union). At no station will ST build parking. There is also a movable bridge over Salmon Bay. Peak headways will be 6 minutes. 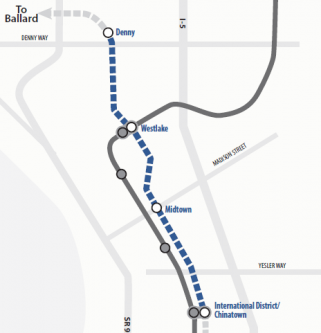 At the same time, the new Downtown Tunnel will open. This 1.7-mile, $1.8 billion segment will relieve capacity issues in the existing tunnel, and provide two completely new underground stations at Denny and Midtown, and new stations connection to the existing Westlake and Chinatown stops. Interestingly, Sound Transit told me on the record that the ballot language is flexible enough to allow Midtown to actually serve First Hill if the board, and the budget, allow.

The middle burst of project openings ends in 2036 with two rail projects. First, Lynnwood to Everett is a 16.3-mile (!), $3 billion project with 6 stations. It mixes elevated and at-grade track. 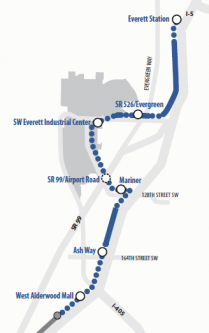 The other opening that year is the Sounder extension to DuPont. A 7.8-mile, $300m extension that adds two stations (Tillicum and DuPont), a second mainline track, 125 spaces at Tillicum, and undetermined parking at DuPont. There may be 4 peak round trips that come that far south. 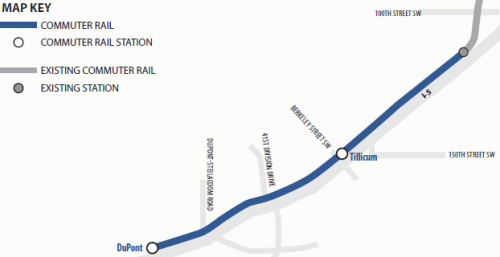 Then there’s a three-year wait to 2039, which we’ll discuss in the next installment.