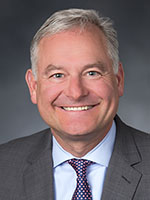 On Thursday, State Representative Reuven Carlyle (D-36) wrote a strongly-worded editorial on Publicola opposing Sound Transit 3 (ST3). By using much of the remaining property tax capacity, Carlyle says, ST3 “will suck the oxygen out of the room” and jeopardize the state’s ability to respond to the McCleary decision:

I am unsettled that the package consumes the oxygen in the room on taxes for virtually all other public services at all levels of government for years to come. The plan moves to among the very highest sales tax in the nation along with a major property tax increase. We need to be honest that the ability of cities, counties and the state to utilize the sales tax in the future as a new revenue source is effectively ended with this plan…

The Sound Transit financing plan arguably works well for Sound Transit. It’s reasonable and understandable that they feel strongly they are operating within their authorizing environment of our current tax system. But it’s a bold 21st Century spending plan with a lethargic 1990s financing plan. Why didn’t they choose to be as courageous and innovative on the revenue side as they at least attempted to be on the spending side?

As a state legislator I cannot in good conscience support an inequitable and unstable financing plan in one isolated silo of public services—no matter how valued and important to our future—that I believe will have substantial negative implications for public education in the years to come.

As well-intentioned as this is for Carlyle – he’s a long-time advocate for more progressive tax sources – it stings a bit more coming from a Democratic ally opposing a project with immense benefits to his own district. The 36th stands to get 6 new rail stations, a direct airport connection, and a traffic-free subway through Queen Anne, South Lake Union, and Downtown. Already set to take 19 years to complete, Carlyle would have us wait even longer on account of $.25 per $1,000 of property tax authority.

Let’s appreciate the deep irony of his criticisms. Carlyle is part of the only legislative body with broad authority to create new tax sources, and yet he is criticizing Sound Transit for not being “courageous and innovative” enough to reject the only choices made available to them. It’s a strange day when the cooks in the kitchen are upset that the diner orders off the menu they themselves wrote.

The property tax cap he cites as sacrosanct is not a constitutional amendment, but a simple legislative act like everything else, changeable with a simple majority vote in both houses. Passing ST3 surely complicates the McCleary funding puzzle, but the bottom line is that the legislature always has options, and Sound Transit doesn’t.

Carlyle was absolutely right to raise these issues during the funding debate over the transportation package that authorized an ST3 vote. But having lost the battle to implement an employer tax instead, opposing ST3 now doesn’t make a McCleary resolution any closer (and the highways get built regardless). Instead, failure on ST3 would likely stifle progress on both education and transportation, setting up a dangerous series of false choices in which every civic need is pitted against every other.

Our property taxes are not high, and are in fact below the median nationally. And sure, sales tax is regressive and 10% a psychological barrier, but places like Vancouver BC do just fine with 12%. Progressives and transit advocates will be there every step of the way to help representatives like Carlyle find more progressive tax sources, so it’s disappointing to see him give in to such zero-sum thinking.