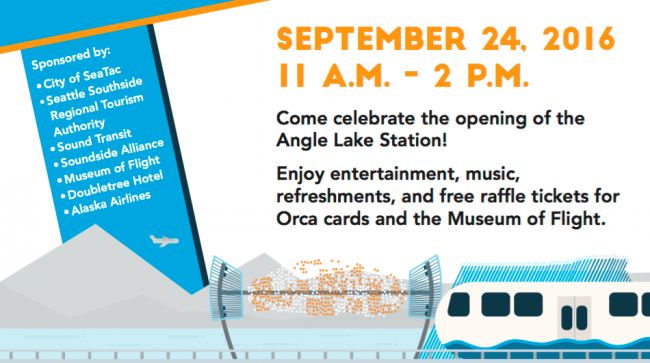 Trains are now running in revenue service to and from Angle Lake Station. The party goes until 2:00 pm.

Enjoy the ride, come back check out the booths, and hear the world’s only (as far as I know) football club marching band, Sounders FC Sound Wave!

Check out Sound Transit’s webpage dedicated to the new station.

Link is running 3-car trains all day today and tomorrow, as per weekend tradition. Follow the advice of one of the ST Board members at the party, and board the third car, as it is often less full than the front two.

Thanks to Bruce, Dan, and Oran for tweeting from the event.