Last week I spent a few days in the largest city in the Western Hemisphere, Mexico City. While walking its colonial streets and riding its expansive Metro, I was reminded of something I wrote shortly after ULink opened:

Done well, transit is is a public utility that improves life for the many but excites the passions of the few (sorry, fellow nerds). Good transit readjusts our baseline expectations onward and upward […] Transit’s highest compliment is when the magical becomes ordinary. Far better to be necessity than novelty.

Ordinary magic is indeed a good way to describe how it felt to move around Mexico City. On the one hand, the city has everything going against it. The compact colonial core is choked by endless sprawl on the periphery, with 8 million city residents surrounded by 16 million more in the suburban State of Mexico.  The city’s anti-urban boulevards – such as the 14-lane Paseo de la Reforma – rival in their hostile sterility the worst of the Champs Élysées. Cars also drive fast and with little regard for Vision Zero type sensibilities.

But in the context of the chaos on the surface, the Metro is a priceless gift to Chilangos, 140 miles of fully grade separated transit, with 195 stations on 12 lines. It is the 2nd largest Metro in the Western Hemisphere, behind only NYC. But though 2nd largest, it is the most densely ridden. Despite having only 60% as many track miles as NYC, the Mexico City Metro has 90% of NYC’s  ridership, nearly 5 million riders per day. I found it to be an effortless, cheap, fast, and reliable way to see the city, and I can’t imagine my trip without it. Here’s my report card.

Fare Structure and Payment: B

The Metro has a flat fare of 5 pesos per ride – roughly $.25 at the current exchange rate – one of the lowest fares in the world. As Mexico City is a wealthy city with very high inequality, the low fare provides broad access to the masses who commute to the core from the periphery every day.

So why a B instead of an A? Because most stations lacked Ticket Vending Machines, and buying boletos required an in-person stop at a staffed taquilla. Furthermore, the excellent Tarjeta de CDMX costs only 10 pesos and provides seamless electronic transfers between Metro, MetroBus, all electric trolleybuses, Xochimilco Light Rail, and the 6,000 bikes of EcoBici. But the cards are apparently scarce. I couldn’t find a card until day 3, as every taquilla staffer gave me the same reply: “No hay tarjetas.” 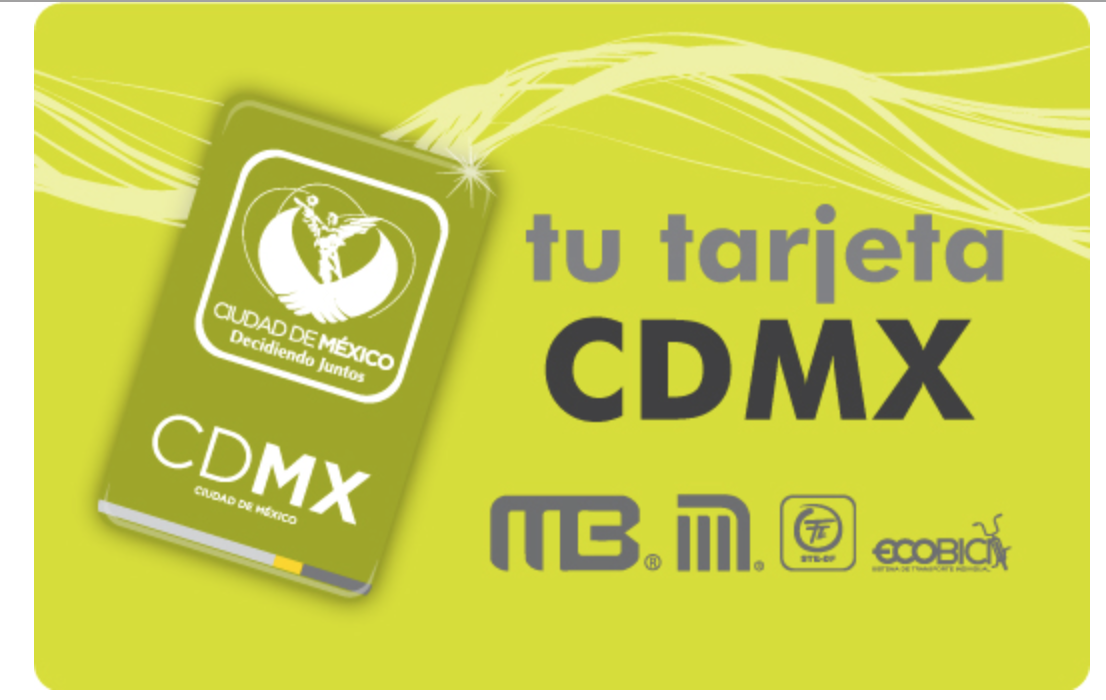 As a predominantly rubber-tired Metro, the top speed of 50mph may be a bit underwhelming, but operators tend to floor it in between stations, dwell times are little as 10 seconds, and dense station spacing reduces the importance of top speed. The lines using traditional rail technology (Line 12 and Line A) have a top speed of 62mph. It’s by far the fastest game in town.

I never waited more than 3 minutes for a train the entire week, and only once did a train stop between stations as a result of bunching. The system was effortlessly reliable.

Frequency and Capacity: A+

10-car trains every 3 minutes, all day long. Truly liberating frequency. MetroBus BRT also came every 2-3 minutes, and had its own center-running right-of-way. I barely had the sensation of waiting at all. 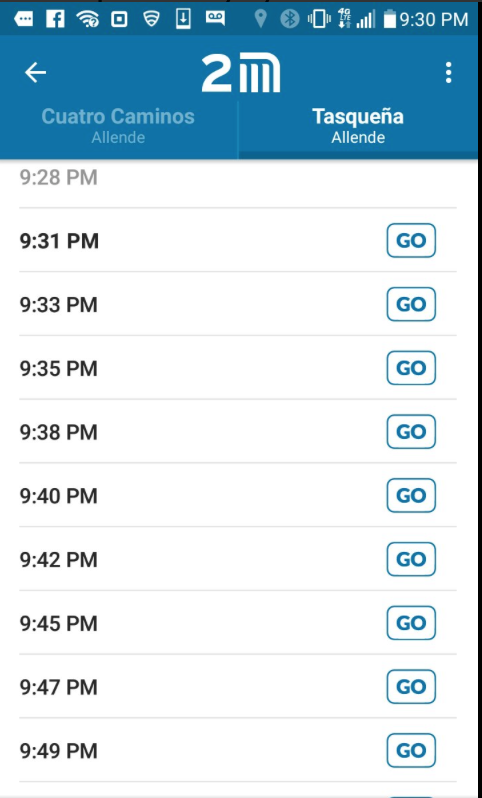 A Metro system can’t hope to accommodate the sort of massive unplanned sprawl that enveloped Mexico City over the last few decades. Despite Mexico City having the same land area as NYC, the Mexico City Metro would mostly fit within Central Seattle. The Tren Suburbano would barely reach Edmonds, the furthest reaches of Lines A and B would reach Newcastle or Kirkland, and Xochimilco Light Rail would get you to Tukwila. The non-radial grid of lines also maximizes the usefulness of transfers, and minimizes out of direction travel. It’s awesome. 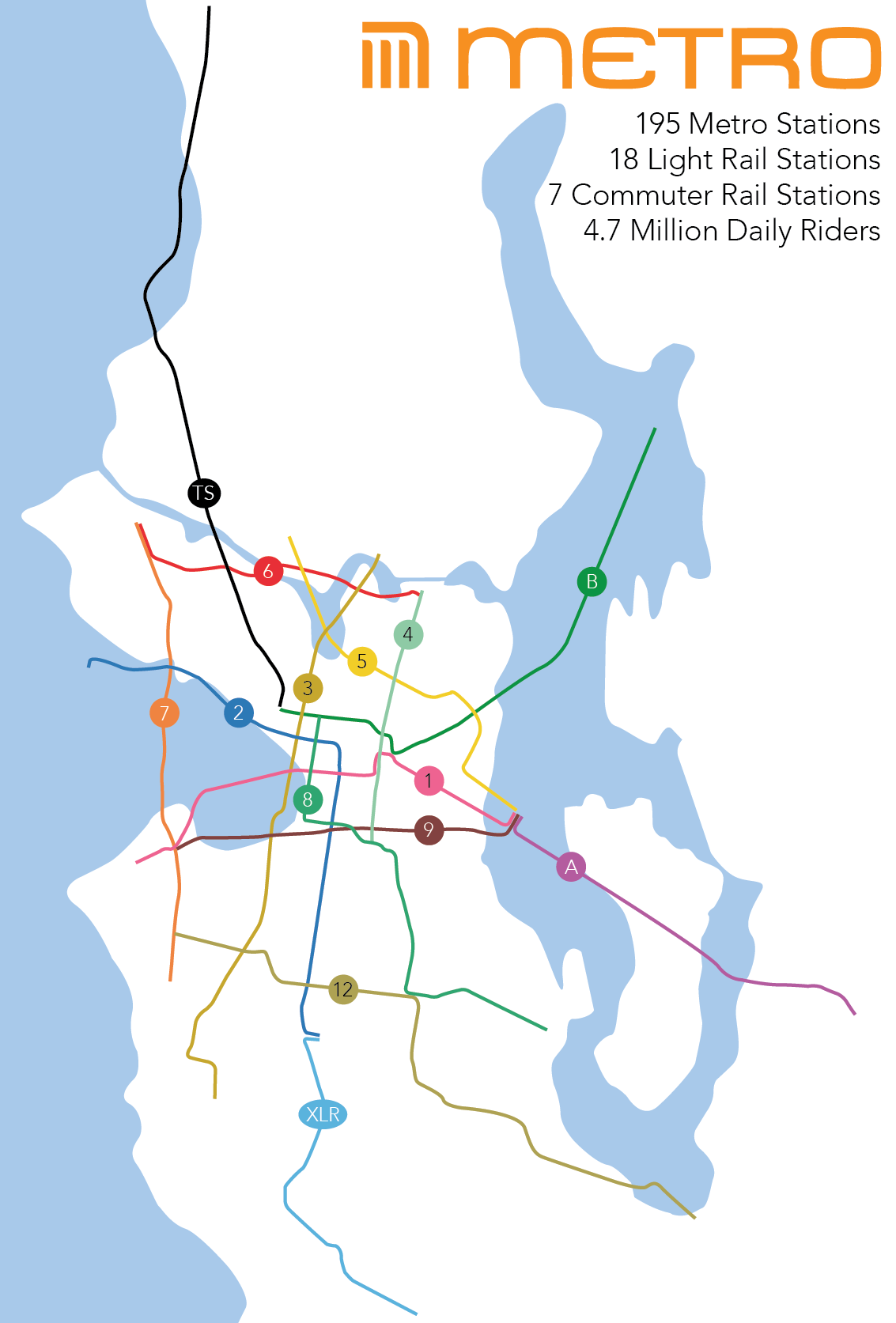 However, passenger loads are badly unbalanced during peak periods. The masses from Mexico State all funnel into the nearest Metro station, leaving the terminal stations with the highest ridership, such as Indios Verdes, Tasqueña, and Pantitlán. This occasionally leads to Tokyo-level crushloads during the peak, and in 5 days I only got a seat once. In fact, once I was in the middle of the car trying to deboard and it took me two additional stations to force my way off.

Clearly the city needs to build even more lines, especially those capable of a peak overlay or express trains. It currently only offers a single commuter rail line, the Tren Suburbano, though a high-speed rail link to Toluca, 35 miles away, is also under construction. And the Xochimilco Light Rail (Tren Ligero), though it pushes fairly far south, is hobbled by the limitation of 1-car trains, at-grade crossings, and badly maintained tracks run by a separate company.

Span of Service: B-

Lest you think we’d ever run out of pictogram ideas for Link stations, Mexico City has pictograms for all 195 Metro stations and hundreds of MetroBus BRT stations. The distinctive logos and peculiar typography made for very easy wayfinding. All stations have clear signage at every major entrance and exit point with Andenes (platforms), Correspondencia (transfers), and Salida (exit). All lines are listed by their terminal station (Dirección), so you just need to work out which direction you are traveling. And The Transit App worked as effortlessly in CDMX as it does in Seattle.

Herein lies the worst part of the system. It’s almost completely inaccessible to people with disabilities. Escalators are rare, and elevators nearly non-existent. I saw hundreds of aged and/or infirm passengers struggling on the (countless) staircases. Walking distances can be up to half mile to transfer between some stations, though 1,000′ seemed to be the average. However, all such transfers are fully grade separated with underground walkways.

Stories abound of pickpockets or low-level assaults, but the city is far safer now than in years past, with violent crime rates far lower than U.S. cities such as New Orleans, Baltimore, or St. Louis. Basic precautions usually ensure a safe ride. Never during the week did I feel any more at risk than I would on the El in Chicago or the subway in NYC. The first two cars of most trains are reserved for women and children during rush hours, and guards strictly enforce the limits. 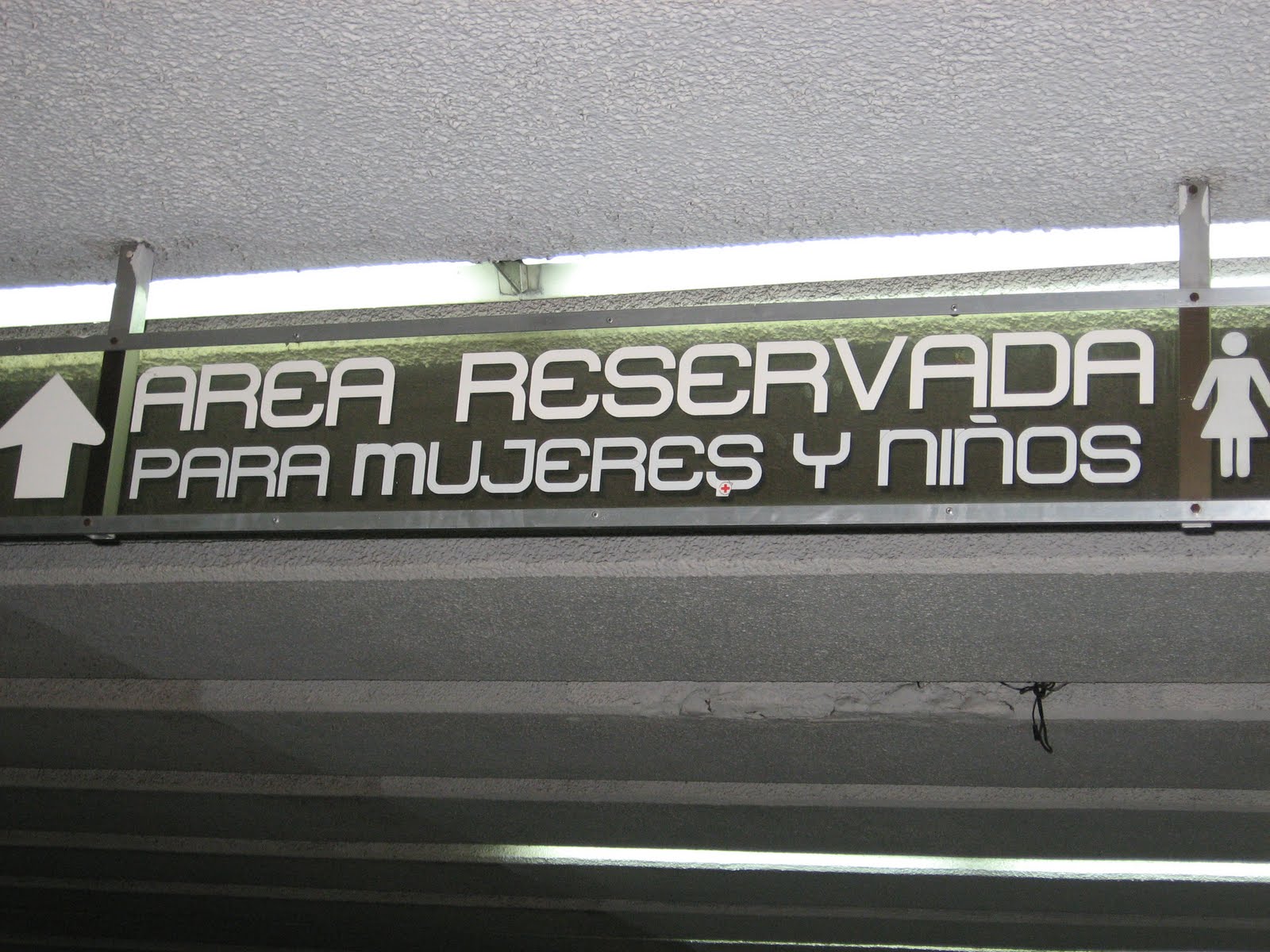 Stations are cleaner than most U.S. systems I’ve been on, and certainly better maintained than New York. But the most strikingly positive thing about the stations comes down to one word: commerce.  Every single station had at least a dozen official vendors and another dozen informal ones. Stations have farmacías, Dominoes, McDonalds ice cream stands, internet cafes, panaderías, you name it. The buzz of commerce is unrelenting but also enlivening. Upon returning to Seattle, Westlake just looked dead and stale by comparison. 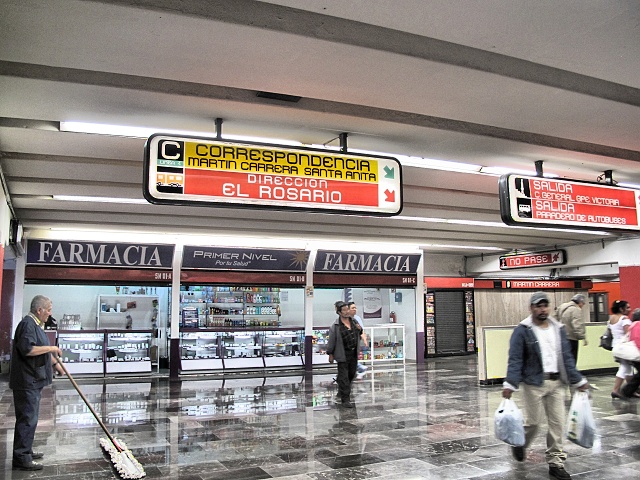 In summary, the Metro was the way to move about the city. Whenever I took Uber it took up to half an hour longer than the Metro, and I chose it only because it offered the scarcest commodity in Mexico City: a few minutes to sit in silence.

Do yourself a favor and visit one of the greatest cities in the world.