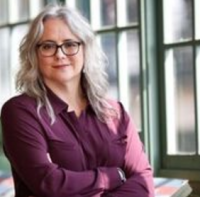 Although the stated transit and land use policy differences in the Seattle mayor’s race are small, we believe that urban planner Cary Moon has the stronger commitment to transit priority, bike and pedestrian infrastructure, and adding all types of housing stock to serve all who would like to live in Seattle.

Much more than allied organizations, Seattle Transit Blog’s endorsement emphasizes a strong track record of improvements, rather than policy statements, for transit and denser land use. Admittedly, for both candidates the record is rather thin. To make things even more difficult, they have broadly similar policy proposals. But when Cary Moon has participated in public life, it has been to struggle against the primacy of the automobile and create more inclusive communities.

Both candidates broadly support the HALA plan currently in motion. Both also want to pursue duplexes, townhouses, and accessory dwelling units in our single family zones, which would correct the most glaring deficiency in the plan. There isn’t much to go on, but their biographies suggest that Moon is more committed to this outcome, which will require a willingness to offend significant constituencies. The Seattle Times endorsement of Durkan says it quite well:

“It’s unclear how much Durkan would disrupt the status quo on housing and traffic.”

On transit, the outlines of future investment are established: Sound Transit 3 and the Move Seattle plan. Luckily for us, both candidates broadly support these plans. The real question is implementation: in the thousand conflicts that will arise between high-quality transit, safe bike infrastructure, and maximizing car throughput and storage, what will win? Again, Cary Moon’s history of fighting for the first two, her training as an urban planning professional, and the signals sent by the respective endorsers of each candidate suggest an answer. Again, the Times:

As mayor, Moon would accelerate the city’s transit planning. She says Seattle’s streets are too “convenient” for drivers and more must be done to persuade people to ride buses or bicycles.

As people concerned that driver “convenience” is killing pedestrians and bicyclists, and blocking the rapid flow of buses, we couldn’t agree more.

STB is also endorsing Teresa Mosqueda for Position 8 and Lorena González for position 9 on the Seattle City Council, as we did in the primary.

Mosqueda earned the support of urbanists by pushing back against calls to require 25% mandatory “affordable housing” set-asides in new developments — a number that has stalled housing construction in San Francisco. She understands that the right number is different for each development. She will neither give away too much to neighborhood associations that have been at odds with renters (of which she happens to be one), nor to developers. Her opponent, Jon Grant, was on the HALA committee and was the one dissenter from the final list of 65 tactics to grow the housing supply.

González waltzed into office with her support of HALA, and once again is running against a neighborhood activist, this time Pat Murakami. Murakami was part of a group of individuals who filed petitions to hold up upzones around various Link stations. If you haven’t used your democracy vouchers yet, González has not maxed out on her spending limit (while Mosqueda and Grant have).