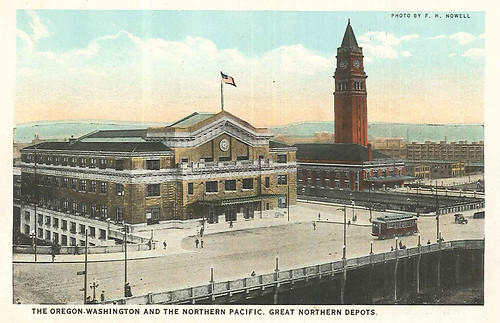 by Jon Scholes, President / CEO of the Downtown Seattle Association

Thanks to businesses, elected leaders and community groups that shaped and endorsed it, Sound Transit 3 is moving forward, with planned expansion to Ballard, West Seattle through downtown in the form of a new tunnel.

Community leaders from across Seattle have thoughtfully considered the future of our growing city as they reviewed numerous options for stations and alignments. Their recommendations for additional study are excellent and should be adopted by the Sound Transit board.

ST3 was a bold bet on the future of our city and region, and the vision and leadership that got us to this point must continue as we design and build the system.  Light rail helps make a place, meaning we have an obligation to build a system that thoughtfully integrates into the communities it connects. Light rail helps make a city, so we must consider how our city will be in 20-50 years and build the system for that need. Light rail helps people make connections, meaning the system we build should maximize connectivity for the most people with the greatest ease.

As Sound Transit stakeholders and leaders make decisions on next steps, the following considerations are important to realizing these principles:

Building for a Future Seattle

Connecting the most people with the greatest ease

Building light rail in a dense urban environment is no simple task. That said, we are planning a 100-year investment with all the responsibilities that entails. Let’s ensure this — one of the most courageous transit expansion in the country — creates places that inspire us, welcome us and move a majority of us at one time.

76 Replies to “Designing ST3 for the Future”