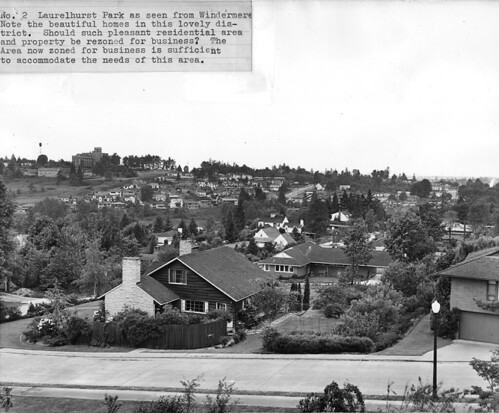 Erica has the a great explanation of how the EIS functions as an indictment of exclusionary zoning.  It states pretty plainly that detached single family houses are only affordable to the wealthy, and allowing more diverse housing types in single-family zones would (a) not materially impact parking, (b) spur the production of thousands of affordable units, (c) result in fewer tear-downs of existing houses, and (d) make single family zones more diverse and inclusive.

The authors looked at two alternatives for ADUs (including the requisite “do nothing” alternative).  Both would allow one attached ADU (e.g. a basement apartment) and one detached ADU (a backyard cottage). Alternative 2 would remove the owner-occupancy and parking requirements. Alternative 3 would leave those requirements in place.  Surprisingly, the difference in housing production between the two is insignificant, just a couple hundred units (3,300 for Alt 2 and 3,100 for Alt 3). I would have assumed a greater difference given the greater access to external capital in Alt 2.

The shocking part (for those who don’t follow this stuff religiously) is that the 2/3 of the city that has been preserved as single family has actually lost population over the last 30 years, as all the growth has concentrated in the urban villages.  Family sizes are shrinking, and boomers are aging in place, leading to even fewer people living in areas that include the best schools and parks in the city.

This is is a significant finding, because it contradicts homeowners activists who make wild claims like saying the sewer system can’t handle the excrement from imagined hordes of renters descending on their single-family neighborhoods. In fact these neighborhoods can handle more people and have handled more people quite recently.

ADUs shouldn’t be the end of the conversation. We should be thinking bigger and bolder (see Minneapolis). But it’s a start.