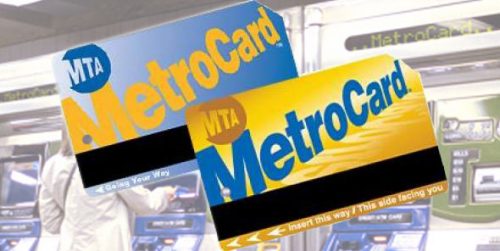 New York City Mayor Bill de Blasio and NYC Assembly Speaker Corey Johnson have struck a deal that will give low-income New York City transit riders a roughly 50% fare discount starting next year, under a program called “Fair Fares”. Up until the past week, Mayor de Blasio resisted the discount, saying the state should pay for all things transit.

The council had already approved $212 million to cover the subsidy for all of 2019, for riders earning less than the federal poverty level . The deal will have the City covering just $106 million of subsidy next year, with the expectation that most of the estimated 800,000 New Yorkers who would be eligible would not take full advantage of the opportunity.

The New York Metropolitan Transit Authority has been in the process of moving to smart card and cardless fare payment for several years. Regardless, the magnetic-strip MetroCards will be able to handle the low-income discount, just as they do for senior and disability discounts. Riders are able to reload MetroCards most of the ways we can reload ORCA cards. The main difference is you have to choose an “unlimited-ride MetroCard” (a pass) or a pay-per-ride MetroCard.

Portland’s TriMet transit agency will be rolling out a low-income fare July 1. The fare will be $1.25, matching TriMet’s senior, disability, and youth fares. Regular fare is $2.50. Those using a Hop Fastpass will get to ride free after spending $2.50 in fare each day, and after the first $28 each month — a 72% discount from the regular monthly $100 cap, which is the same as the youth, senior, and disabilities discount.

Riders with income 200% or less of the federal poverty level will qualify, with requalification required every two years. One additional qualification is that recipients have to be Oregon residents. However, the discount is still good on Vancouver’s C-Tran bus system. The $3 fee still applies for getting the Hop Fastpass card, or for getting a “virtual card” for smart phone use.

The estimated $12 million of fare subsidy will be funded by a 0.1% payroll tax, approved by the Oregon Legislature last year. The tax will generate ca. $40 million each year.

A community group called Organizing People / Activating Leaders (OPAL) has been pushing for the low-income fare for several years. This group spearheaded the creation of the membership-based Bus Riders Unite!, which focuses on representing the transit-dependent population.

Kitsap Transit was the first US transit agency to have a low-income fare program, starting back in 1985, and long predating the use of “smart card” technology.

Minneapolis/St. Paul Metro Transit recently rolled out its Transit Assistance Program, allowing low-income riders below 50% of the median area income to get a $1 fare, using the smart Go-To card. Regular fare is $2-$2.50, depending on time of day.

SunTran, in Tucson, also has a low-income fare program, which is aligned with the youth/senior/disabilities 75-cent fare as the “Economy Fare”. Regular fare is $1.60 with the SunGo card, or $1.75 cash. The Lower Living Standard Income Level, set by the US Department of Labor, is used as the qualification cut-off.

The Ann Arbor Transit Authority has a Fare Deal Income ID Card, enabling a 75-cent fare (same as the senior, disability, and student fare). Regular fare is $1.50. No smart card is involved.

The Charleston Area Regional Transportation Authority offers a $1.25 low-income fare using a CARTA ID card, which is not a smart card. Regular fare is $2 local and $3.50 express. The senior fare is $1, and only available off-peak. The disability fare is 75 cents.

Denver‘s Regional Transportation District had a Pass Program Working Group look at its fare system in 2017. The group recommended creation of a low-income fare, for riders earning below 185% of the federal poverty level, with a 40% discount from the regular fare. Board action is months away, and will likely look different than the group’s recommendation. Early indications are that the subsidy would be funded by an increase on regular fares, and a premium fare for the train to the airport.

Four San Francisco Bay Area transit agencies, including Muni, BART, Caltrain, and Golden Gate Transit, are considering a program to give a 20% discount to riders below 200% of the federal poverty level, using the Clipper Card. The lost fare revenue would be partially funded by the state.

11 Replies to “NYC to Offer Low-Income Half Fare; TriMet Rolls Its Out on July 1”