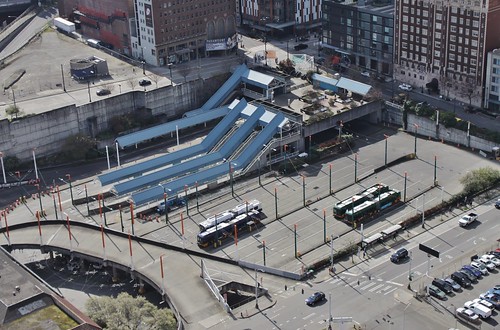 Convention Place Station from Above by SounderBruce in the Flickr Pool