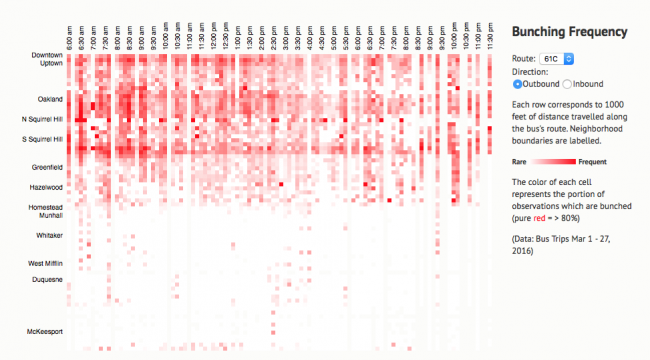 Nice interactive chart and map that shows bus bunching on Pittsburgh’s busiest bus corridors. I’d love to see something like this for Seattle.