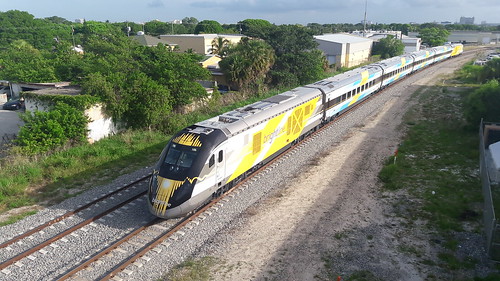 Long-time readers will know we got excited when these rules were first proposed nearly five years ago, and then we got excited again two years ago when it looked the rules were actually going to happen and now we’re excited a third time that they’ve finally been published.  Future Sounder and Amtrak Cascades trains could take advantage of these new regs next time rolling stock needs to be ordered.

Meanwhile, the private company that runs Florida’s Brightline and the LA-Vegas announced that it will be operating as “Virgin Trains US” and is planning an initial public offering.  These two services are likely to be the first privately-run high speed rail in the US.

Sandy Johnston summarized the interesting nuggets from the IPO prospectus on Twitter.  The company expects that the Virgin brand will help it offer tourist packages on both routes (a planned stop at Disneyworld will certainly help), suggesting a different and less price-sensitive potential passenger base than other domestic rail systems.

While Virgin Trains says it won’t compete with any intercity Amtrak service in the US, could we speculate that they might someday bid to take over the Cascades contract from Amtrak? If the goal is to serve the tourist market, perhaps a station at Smith Cove or Broad street to facilitate cruise ship transfers?

On a less speculative note, if you are interested in the future of intercity rail, consider taking WSDOT’s recent survey.