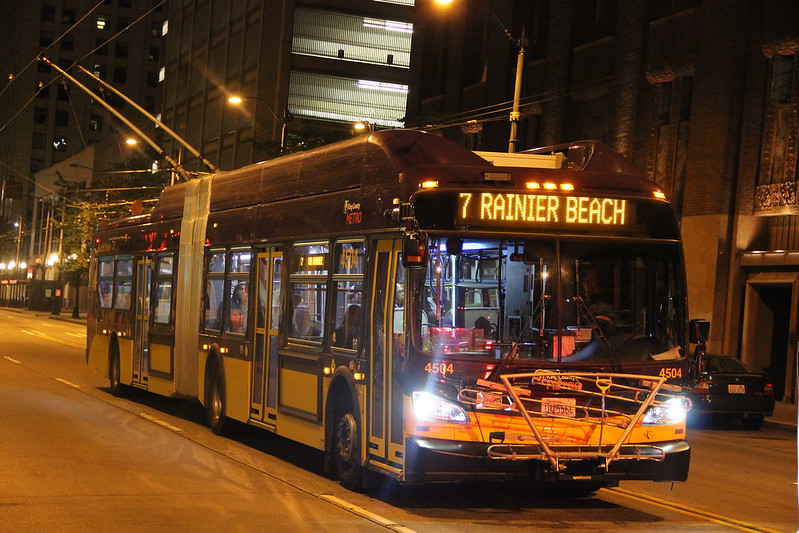 To support social distancing guidelines, King County Metro is considering a reservation system so that riders don’t get passed up on late-night routes (1 am to 5 am), according to an agency survey.

Today, drivers are authorized to pass up riders at the stop once the number of passengers reaches 12 (for 40-foot buses) or 18 people (60-foot). This is an inconvenience during the day, but it’s much worse at night, when buses come even more infrequently. Having to wait for another night owl bus an hour later can mean the difference between getting to work on time and not.

For years, night owl service was all but unusable. Several years ago, however, thanks in part to increased funding from the city, Metro revamped late night routes and created a useful, if limited network based on the most frequent routes.