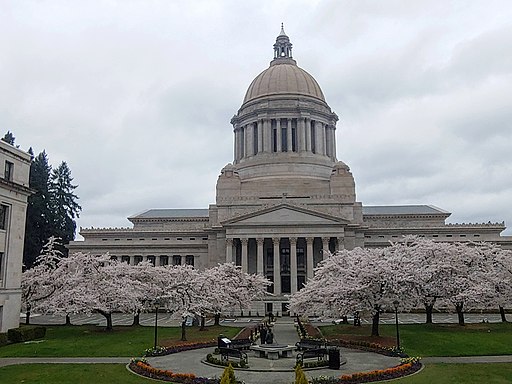 Feigned helplessness is one of the least attractive qualities in a state or local politician. Dunking on Olympia, or on President Trump, is the cheapest kind of talk when policy tools exist in Washington to address our most serious problems. Not all of our current crises are solvable with money, but it could blunt the worst effects, and nothing is stopping us except political will at the state level.

Of course, it’s much easier to blame Donald Trump and Mitch McConnell for failing to rescue state and local governments. This blame is richly deserved: the federal government can borrow at very low interest rates, in a currency it can print in theoretically infinite quantities.

But quite aside from these advantages, the logic of deficit spending to solve urgent problems is evident to most people. It applies equally well to the State of Washington. Pick your crisis: bailing out restaurants and bars so they don’t have to spread the virus to stay solvent; resourcing schools to open safely; expanding unemployment insurance while we ban many business activities; building alternatives to policing before gutting the nation’s public safety framework; rejuvenating our forests so they burn less; housing the homeless; or indeed [heroically staying on-topic] undoing decades of progress in building a robust transit network here in Seattle.

Unlike many states, balanced budget rules are not in Washington’s Constitution, but merely a https://app.leg.wa.gov/RCW/default.aspx?cite=43.88.055">https://app.leg.wa.gov/RCW/default.aspx?cite=43.88.055statute passed in 2012. Therefore, a simple majority vote from our Democratically controlled House and Senate, and the Governor’s approval, could start providing relief in one of the worst of times in at least 50 years.

I am not even close to the first person to have this idea. It’s time for the state to stop waiting for others to rescue it and mobilize its own resources to provide relief for a stack of emergencies that no rainy-day fund could anticipate.

46 Replies to “Collapse is a Choice”