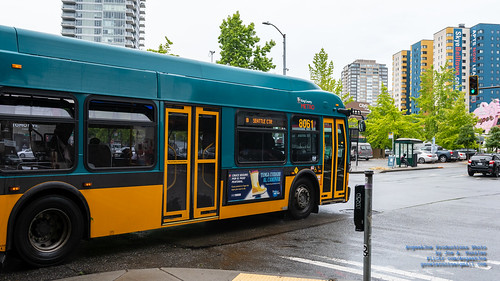 Seattle loves its bus service. As pandemic measures temporarily reduce demand, new challenges like the West Seattle Bridge closure arise. It would be irresponsible to reject a measure that doesn’t even fully replace the tax that it succeeds.

In 2014, Seattle approved a $60 vehicle license fee and 0.1% sales tax to fund increases in bus service that greatly increased the number of Seattle residents within walking distance of bus routes that run every 10 minutes all day. That tax expires on December 31st, and Metro has already cut some service in anticipation of losing that revenue.

With vehicle license fees currently litigated in response to I-976, the new measure levies only a 0.15% sales tax instead, projected to raise $39m per year. While higher than the old sales tax, this is expected to bring in less annual revenue than the 2014 measure; projections say this will fund 150,000 service hours per year, well down from 350,000 hours a year ago.

Happily, this tax expires in April 2027, leaving plenty of room for Metro to win over the tougher county electorate in a presidential election year of 2024. If the county fails, an April expiration takes us through the spring service change, so that a November 2026 renewal vote requires no interruption in service.

Proposition 1 continues ORCA Opportunity and authorizes extending it to Seniors, low income residents, and “essential workers.” It also authorizes capital spending to improve bus speed and reliability, as well as relief for West Seattle even if not prioritized by other metrics. Nevertheless, the program focuses on service prioritized in the Seattle Transit Master Plan, Metro’s service guidelines, and routes serving Seattle’s low-income communities.

Frequent bus service is a lifeline for dependent communities, a critical input to light rail lines, and fundamental to a transit network that provides reasonable travel times to a wide variety of destinations. While Prop 1 will not reverse all the damage to that cause in 2020, it is a useful building block, prevents even deeper cuts, and failure will not improve the situation at all. Vote yes.