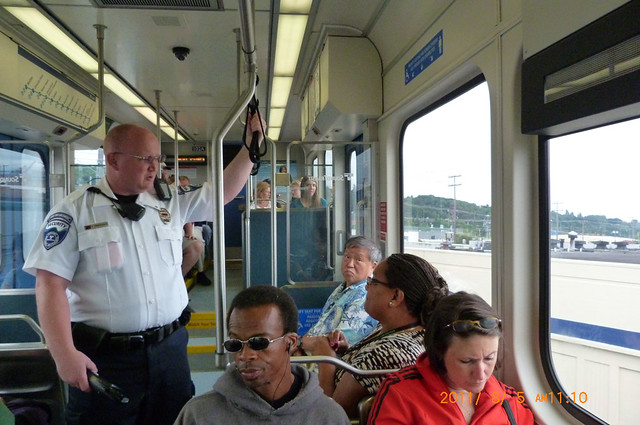 In addition to formally approving lower concession fares for Sounder, last week the Sound Transit board approved a fare enforcement pilot which would replace fare enforcement security contractors with Sound Transit staff “fare ambassadors” with different uniforms and an emphasis on rider education and de-escalation. As part of the pilot, there will be no citations in 2021.

The board is pushing the clearly reluctant CEO, Peter Rogoff, to severely weaken the threat of getting caught. The “Fare Enforcement Action Plan,” a guideline for what the Board expects from staff in 2022, envisions no law enforcement involvement in pure payment disputes, more warnings, and a lower fine.

The big question, of course, is if lax enforcement eventually leads to much less observance by the fare-paying public. Letting the poorest riders keep their $1.50 will not make a real difference in Sound Transit’s finances, but broader indifference to fares (which some activists ultimately want) definitely would.