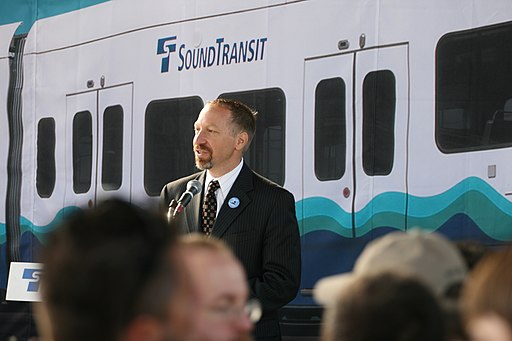 ST announced yesterday that CEO Peter Rogoff “did not foresee remaining in his role” and will step down in the middle of next year. PubliCola reports that Executive Constantine, Councilmember Balducci, and Mayor Durkan had all expressed concerns about his performance.

Important things can happen in the remaining months. However, friends of Sound Transit will likely remember his tenure, dating to 2015, as presenting high highs and low lows. Hired from the Federal Transit Administration, he was advertised as the key to winning Federal grants. It’s hard to measure that promise against the counterfactual of someone else running things.

The ST CEO does not have the freedom to advance their own vision for regional transit. Yet Mr. Rogoff ran a process that produced a successful ST3 ballot measure and kept ST2 construction firmly on track. At the next tier of initiatives, he took enough interest in rider experience to start steering the agency from its singular focus on pouring concrete, with a new committee focused on the subject and an attempt to tackle the ongoing escalator fiasco. He also resisted the drive to abolish fare enforcement in last year’s anti-police moment, resulting in the “fare ambassador” compromise.

However, the same process that built a electorally optimized ST3 also did not produce a realizable plan, recalling the bad old days of Sound Transit 1. Partly a result of real estate inflation, partly of cities ignoring his pleas to eliminate alternatives early, and partly of poor communication inside the agency, forcing elected officials to make tough decisions usually leads to career trouble.

Rogoff also generated unnecessary bad press. Accused of inappropriate behavior, ST hired an expensive executive coach ($) to revise his interpersonal style. The Board was willing to indulge these shortcomings until the main projects went awry, and someone had to take the blame.

The next CEO will come at an interesting time. ST2 will be essentially complete, but ST3 will require attention to get cost and schedule under control.