2021 was the slowest year at STB in well over a decade. Nevertheless, both readers and commenters turned out when we did:

END_OF_DOCUMENT_TOKEN_TO_BE_REPLACED

This snow will stick around a while. In non-pandemic, normal work week times, this might have been a snowpocalypse event.

With 2021 coming to a close, our region has set sail on a major, exciting, one-in-a-generation opportunity to restructure and reform our transit network thanks to billions in capital investments. In 2008, regional voters approved Sound Transit 2 (ST2), and these investments are now bearing fruit as our regional light rail network will nearly triple in size. We must prepare before this is complete in 2024.

Northgate Link gives us a preview of what’s coming, as bus and light rail integration reshapes our idea of what’s possible with transit. Our bus-based, one-seat ride network is changing as trains reemerge to play a large role. In addition, the pandemic fundamentally changes how our transit network will be used, as many traditional commutes disappear. Transit’s role in moving 9-5 workers into a few hubs migrates into a broader community-and-corridor-based network serving a wider variety of people 24/7. While there will still be a need to serve major centers such as Bellevue, UW, Tacoma, Seattle, and Everett, their role and magnitude as transit magnets is still uncertain.

King County Metro will usher in an entirely new network in several parts of King County to integrate with four different Link extensions (!), a topic which will be heavily covered by this blog. Two new RapidRide Lines will enter service thanks to partnerships between King County, Seattle, Burien, and White Center as the first new RapidRide lines since the F Line in 2014. Madison G Line offers an opportunity to restructure transit service in the densest part of our state, while the H Line upgrades crucial north-south service in a long corridor with a community strongly tied to transit. RapidRide is the linchpin in Metro’s frequent regional network offering marquee service to nearly 70,000 pre-pandemic riders on the busiest corridors. Improving service on existing Lines could be in the cards as well with Metro hiring staff to evaluate opportunities for investment (based on KCM job postings earlier this year).

END_OF_DOCUMENT_TOKEN_TO_BE_REPLACED

King County Metro put out a web news release to the public on the possibility of snow this weekend, and how to be prepared to travel in it.

On Thursday, the Sound Transit Board made the responsible decision and designated S. 336th St in Federal Way as the “preferred” site of South Link’s Operations and Maintenance Facility (OMF). It has not actually eliminated the other two sites from consideration, but the process will put somewhat more weight on 336th.

END_OF_DOCUMENT_TOKEN_TO_BE_REPLACED

Shortly after the Northgate, Roosevelt and U District stations opened in October, riders quickly noticed that next train information had disappeared from 1 Line platform digital signs. Passengers wondered why it was ‘broken’ and when we could ‘get it working again’.

We want to clarify that the system is working just as it always has, but we made the deliberate decision to turn it off until its replacement arrives in the spring.

Why would we turn it off?

A well-written piece that answers a lot of questions readers have been asking on Twitter and here on the comment threads.

From the Governor’s blog:

The governor released his budget in Olympia on Thursday and was joined by David Schumacher, director of the state Office of Financial Management. The full budget presentation followed three events earlier in the week, with new salmon investments, climate strategy investments and homelessness funding.

The climate strategy includes lots of electrical decarbonization efforts, including a $1,000 tax credit rebate for e-bikes, and up to $7,500 for electric cars. There’s also an unspecified investment in “clean bus technology, and improvements to transit, bicycle and pedestrian infrastructure.”

On the housing front, there’s $800M to build new affordable housing and help people stay in their homes, and, of note to our readers, a proposal to legalize “missing middle” housing types:

Inslee is proposing a change to statewide policy that would allow for creation of a greater variety of “middle housing” types such as duplexes and townhomes in areas within a half mile of major transit stops in large cities. This change will also allow duplexes in most areas of large and mid-size cities. The state will provide technical assistance, including developing a model ordinance, to help cities implement these new measures.

One can dream that eventually “housing” and “climate” will cease to be discrete initiatives in the minds of our politicians (and voters). But good stuff nonetheless. On to the legislature.

The recent stall of a Sound Transit light rail train after the Apple Cup has brought on a public discussion on communicating with transit customers. Let’s hope that conversation continues. It is an important one.

Have you ever felt a touch of fate? Several weeks ago I decided to take public transit from Seattle to visit the Kinsey Collection Exhibit at the Tacoma Art Museum. (Fantastic show for a more visceral understanding of African American history. Gone now but you can check out on The Kinsey Collection website.) It turned out to be a freakishly on-target, real life look at public transit customer communication.

It all started with my smug self meeting up with reality on the trip back to Seattle.

END_OF_DOCUMENT_TOKEN_TO_BE_REPLACED 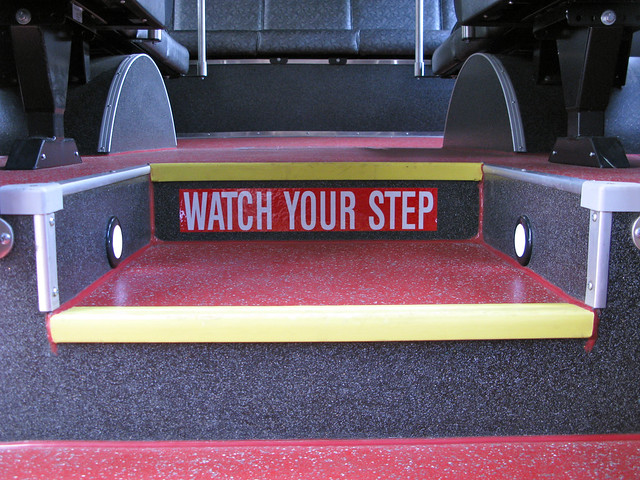 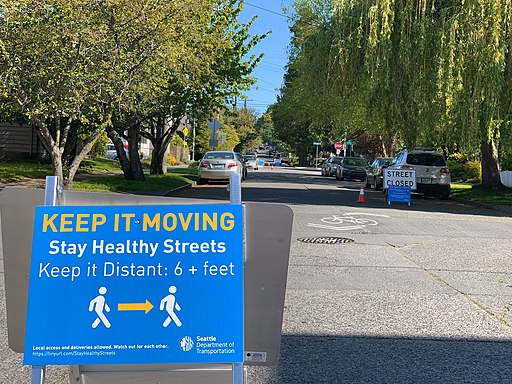 One of the better local initiatives to come out of the pandemic are Stay Healthy Streets, roads minimally reconfigured (usually by putting a sign in the roadway) to prioritize non-auto uses. Theoretically, these roads are for local access only.

There’s a happy narrative where Seattle stood up to the car interests and the NIMBYs in favor of healthier modes of transport. Sometimes the government has to implement a policy for people to see that it works and make it popular. Indeed, a recent NPI poll of Seattlites reveals supporters exceed opponents by 39 points. But it seems to me the neighbors didn’t need to be convinced of anything.

END_OF_DOCUMENT_TOKEN_TO_BE_REPLACED 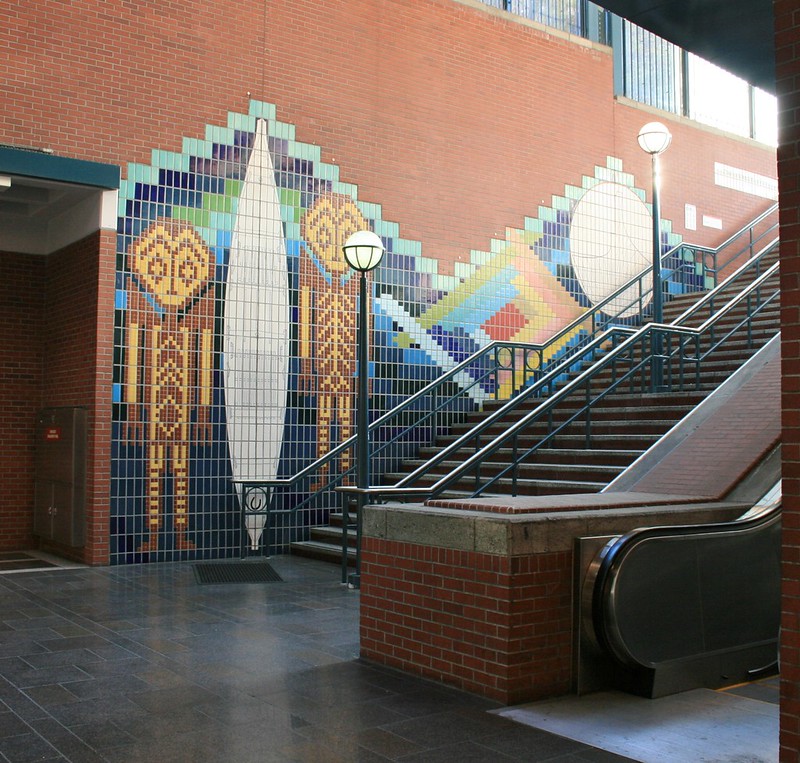 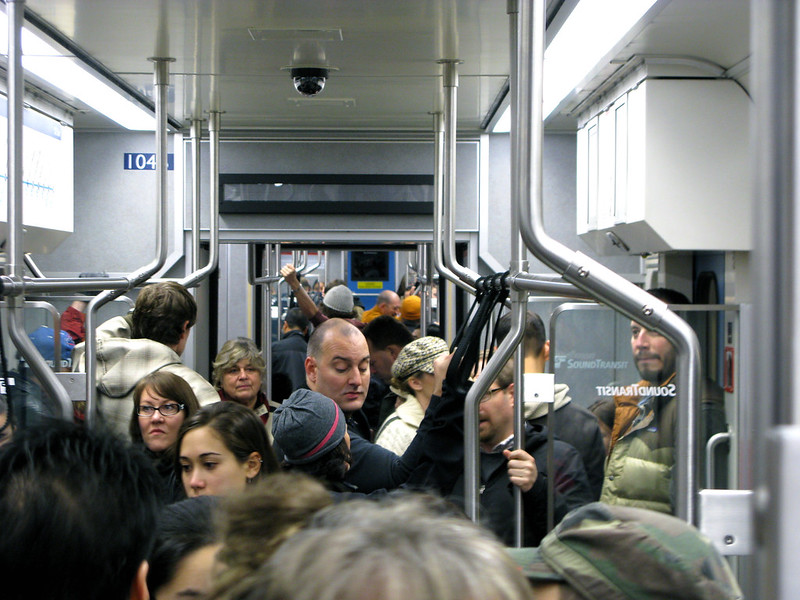 Everyone involved regrets Friday’s rather long Link outage after the Apple Cup. Coming after a major sporting event and shortly after new stations opened, there were probably quite a few new riders who said “never again,” and that’s sad.