It shouldn’t come as a shock that STB would endorse a ballot measure that would add more bus service, including longer hours, more frequency, more and faster connections, and more right-of-way priority treatments, in an urban region that makes good use of it. Bruce Englehardt described in full what the measure would likely fund. It is both a response to lower federal funding, and an opportunity to match Olympia’s growth and extend service hours.

Thankfully, an organized campaign is getting the word out on the value that IT provides to its community. Not just a lifeline for the carless, the agency provides long-haul services to Tacoma, and thus to the core Puget Sound network. Today, it is the most fragile link in continuous transit service for the urban agglomeration from Everett to Olympia.

New Thurston County voters may still register to vote in person through Monday, October 29, at the Thurston County Courthouse, Building 1, during regular business hours. The Courthouse campus is a medium hike southwest from the Capitol campus, and served by Intercity Transit bus routes 12 and 42.

You can read the rest of our endorsements here.

If you’re reading STB, you likely need no reminder that climate change is an emergency that requires urgent action. So we’ll dispense with the general case to take on some of the arguments, often in bad faith, deployed against this ballot measure.

First, familiarize yourself with the specifics of the measure. The carbon fee will discourage carbon-intensive habits and directly fund, among other things, transit and transit-oriented development. Purely from that perspective, our endorsement is inevitable.

And yet, we also enthusiastically endorsed I-732, last year’s measure, which used carbon tax revenue to cut regressive taxes instead of funding climate remedies. We find I-1631’s spending priorities to be largely worthy. But even if you don’t, recall that climate change is an emergency. We can’t wait for the ideal policy to come along to start taking action.

Indeed, I-732’s failure suggests there is no political coalition for climate action with tax cuts. Many of the forces now criticizing “spending” and the costs borne by consumers had no interest in a remedy that returned money directly to taxpayers.

There are many attacks that are pure falsehoods, but the other that is superficially true is that the measure will not solve climate change on its own. While technically accurate, it ignores the power of collective action when nations and regions all over the world commit to change their economies to solve a crisis. Moreover, climate change is not a binary outcome: while it is too late to avoid at least some catastrophes, one degree of warming is better than 1.5, which is better than 2, and so on. Every large economy, like Washington State, that makes an effort will help a bit. And finally, a victory for I-1631 would provide a model of how climate policy can work at the state level, raising the possibility of action across the United States.

Vote for I-1631. The costs are modest, the benefits are large, and the fate of humanity may depend on it.

The STB Editorial Board consists of Martin H. Duke and Brent White.

Our three endorsements in the primary election remain:

Six Representatives, five Democratic and one Republican, stood up for Sound Transit against the MVET rollback efforts this year:

All six have our gratitude and endorsement. They are essentially unopposed, so lets move on to some more interesting races. 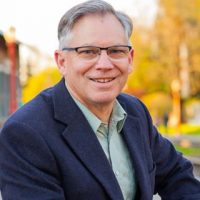 State Representative, District 5, Pos. 1: Bill Ramos, a member of the Issaquah City Council, worked for the Federal Transit Administration from 2005 to 2013 as a Community Planner with emphasis in developing and managing the Tribal Transit Program and Rural and Small Urban Area Transit Systems. As Federal Tribal Liaison, he worked with 56 Tribes in Washington, Oregon, Idaho and Alaska to help start or improve public transit on Tribal Lands. END_OF_DOCUMENT_TOKEN_TO_BE_REPLACED