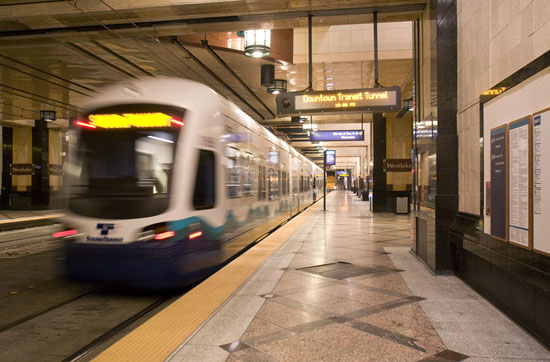 Last Friday evening, after the Downtown Seattle Transit Tunnel was closed for the weekend, we successfully ran light rail trains and buses together in the tunnel.

Two light rail trains and nine buses were used in Friday’s test, which took about 90 minutes.