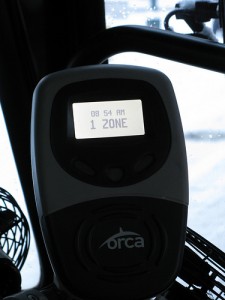 There’s a lot of talk about ORCA being confusing or not very well defined. Well, of course. The card isn’t available yet. There isn’t much information on Metro’s site about it. Once we get ORCA in our hands and we’re using it on buses, light rail, and Sounder, it’ll make sense.

A new rider to our area won’t realize that there was some other system that we used to use — they’ll just realize that ORCA is the media we use to pay for transit, and get a card in their hands.

Head past the jump for what we know about ORCA, what we don’t, and to see why ORCA is a good thing for our transit network.

What we do know about ORCA is the following:

ORCA solves a lot of problems. It takes the burden off the driver for determining the correct fare associated with transfers and such. It can evenutally reduce the accepted media for buses, simplifying the boarding process.

But a new system takes time to implement and understand. Eliminating paper transfers before ORCA is well-understood could lead to confusion. There should be a time between ORCA’s implementation and the elimination of paper transfers, during which Metro can educate its riders.

But light rail is an entirely new system. It should not be bogged down by paper transfers that will only form habits we’ll have to break in the future. It is already the case that a rider transferring from a bus to light rail will have to use ORCA to receiver a transfer discount. Similarly, I assert that Metro shouldn’t accept light rail tickets as transfers otherwise we’ll have a lop-sided, confusing system. Metro should require ORCA to transfer from light rail.

The one oddity is that Metro’s time frame for rolling out ORCA over six-months starting in the spring doesn’t seem to match ST’s Link light rail launch date of June. Unfortunately, ORCA has been plagued with delays and a staggered and uncoordinated roll-out will look mighty embarassing for all agencies involved.

80 Replies to “Is the ORCA Card Good for Transit? Yes.”