In Chad Newton’s provocative stop spacing post last week, I decided to omit his graph of ridership per mile vs. center city density.  The comments made it clear that that was a mistake.  So here it is: 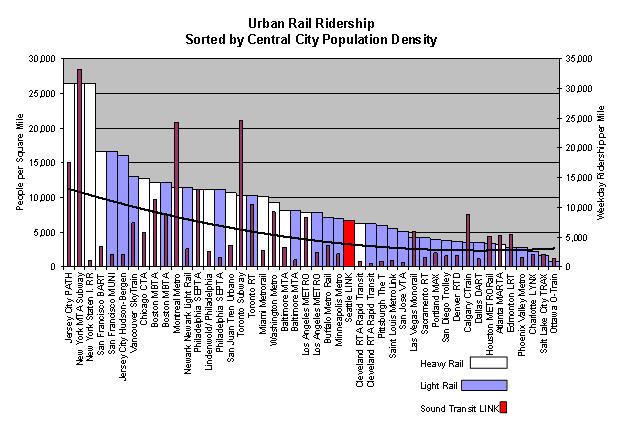 I thought it was pretty self-evident that dense cities support transit use more, but share whatever you learn from this in the comments.