Despite our budgetary doldrums, it’s an exciting time to be a Seattle transit advocate.  Regional planning is focusing upon performance analysis and capital investment, and at last it seems possible, through the work of the Regional Transit Task Force and others, that radical changes could come to our bus network.   Last Monday’s record-breaking comment thread on Metro’s proposed revisions/cuts makes one thing clear: there is no shortage of enthusiasm and informed opinion any time big changes are proposed.

Two weeks ago I wrote a detailed yet exploratory post about what should happen to Capitol Hill bus service after U-Link.  My proposal sought to make one fundamental point:  that comprehensively higher frequencies can be wrought simply from existing inefficiencies, a point I believe I made well.  The strength of the comments and subsequent email exchanges with readers, however, made it clear that some of my routing choices were unwise and not fully thought through.  A big hat tip to readers such as Zef Wagner, Brent, über-commenter Bruce, and especially Morgan Wick, whose criticisms and suggestions have been particularly helpful.  Useful objections included:

Agreeing with some of these and not others, what follows is a 2nd attempt.

An improved post-ULink proposal after the jump…

Differences from the original: 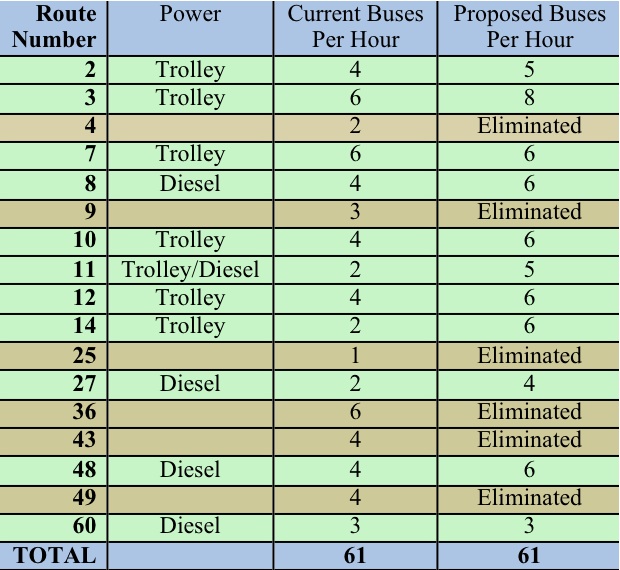 The proposal still only requires current operating resources (61 frequencies per hour), simplifies the network from 17 to 12 routes, offers radically better connectivity between non-CBD urban villages, pushes many trips to Link and the Streetcar, fulfills the mayoral promise to add service to both Boren and 12th, and offers 5-15 minute frequencies to everyone in the area between MLK/Downtown/Beacon Hill/UDistrict.

In the end I’m not nearly as attached to my routing choices as I am to the sort of network characteristics a system like this would provide. Simply put, we can and should get more for less.  As both taxpayers and riders we deserve it.  In the meantime, let’s get that emergency funding passed.