Here’s an update on Link station boardings/alightings from ST spokesman Bruce Gray, a continuation of previously released data from 2010. For some reason, the 2nd quarter is the season for these.

Each value includes both people getting on and getting off at the station, so it sums to twice total system boardings.

The relative shares of the stations has remained basically constant over the last couple of years. The Rainier Valley is a quarter of all boardings and alightings. Assuming that no trips remain entirely in the Valley*, then just over half of all Link trips are to or from a station there. 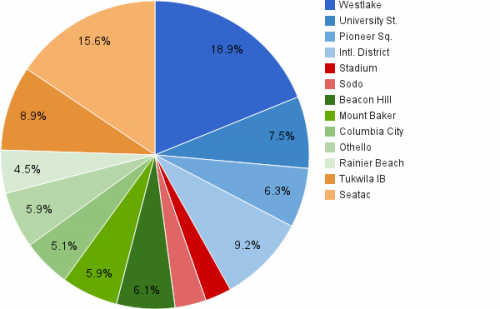