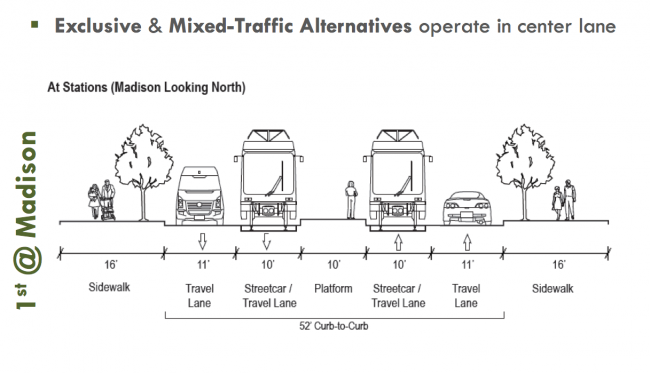 When we last left the Center City Connector project, we were down to two alternative alignments: a 4th/5th Avenue Couplet and 1st Avenue.  As I noted at the time, 1st Avenue had the momentum.  Sure enough, it appears that 1st Avenue has been selected to move on to Phase 2.  An SDOT report (.pdf) to the city council indicates that the 1st Avenue alignment had overwhelming support and was the better choice for connecting downtown destinations, minimizing impact to buses and bikes, and redevelopment.  A second round of analysis will evaluate running the streetcar in exclusive versus shared right-of-way. A finance plan is still on track for January 2014.

109 Replies to “Center City Connector: First Avenue It Is”