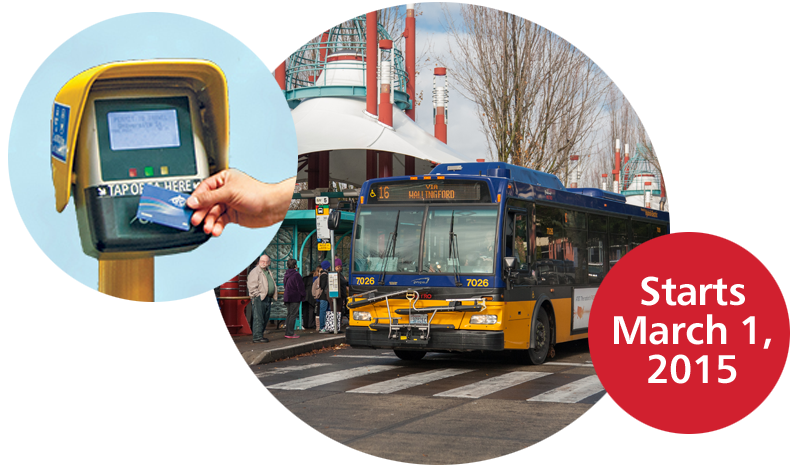 Here is what the single-ride fares on all 8 agencies participating in the ORCA PugetPass / multi-agency transfer agreement will be as of March 1, 2015:

“RRFP” is the Regional Reduced Fare Permit, for seniors (65+) and riders with disabilities. The youth fare is for ages 6-18. Up to four passengers ages 0-5 can ride free with each paying adult on most services.

Community Transit is considering raising its full adult fares by 25 cents, which would take effect July 1, 2015.

Washington State Ferries also accepts ORCA, but does not accept the PugetPass or inter-agency electronic transfers.

The monorail’s fare system is currently independent, but the City of Seattle (which owns the monorail) is studying the costs and benefits of having the monorail integrate into the ORCA system, and is expected to take action some time in 2015.