On Friday SDOT showed off the first completed streetcar for the First Hill line. The streetcar made a one block trip from the maintenance facility to 8th & Lane. Also, SDOT’s Rail Transit Manager Ethan Ethan Melone provided a tour of the facility, which begins at the 5:55 mark of the video. Hit the break for a few photos of the completed cars and the others that are undergoing final assembly. 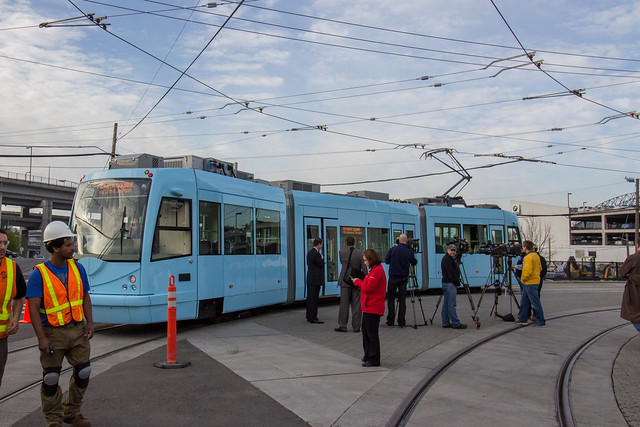 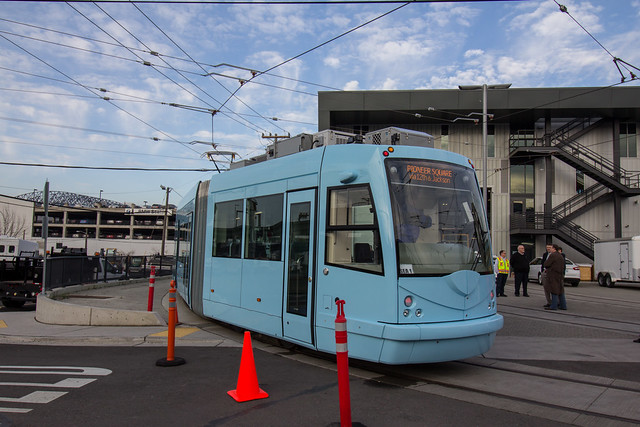 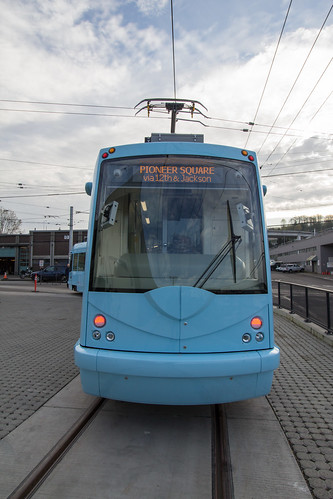 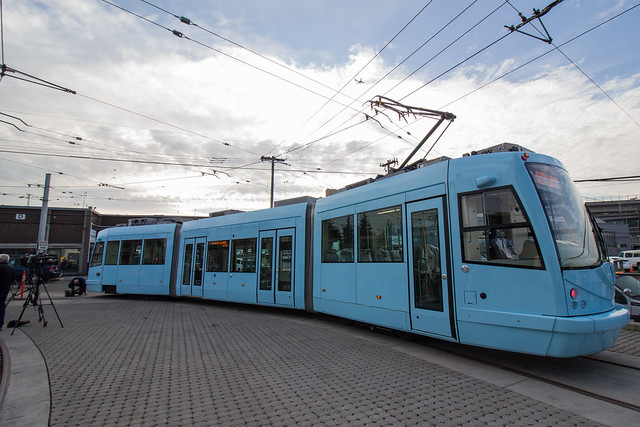 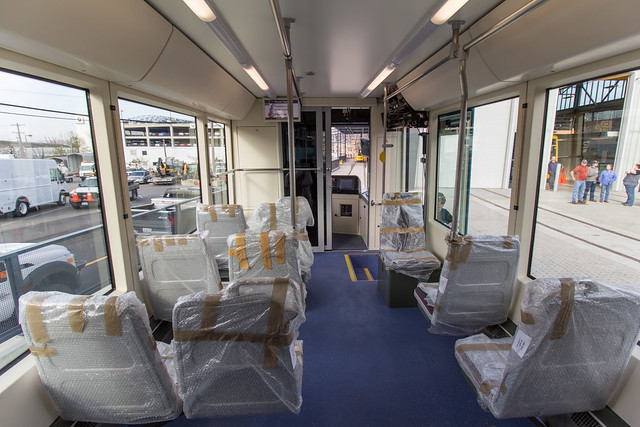 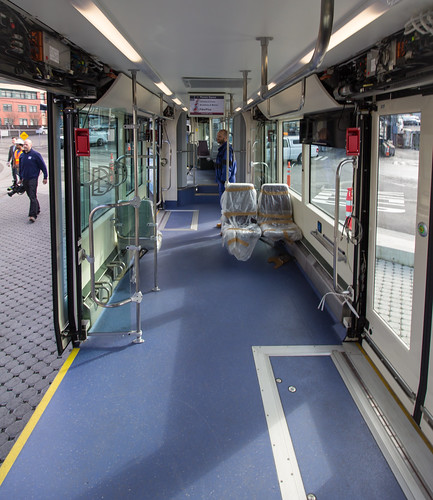 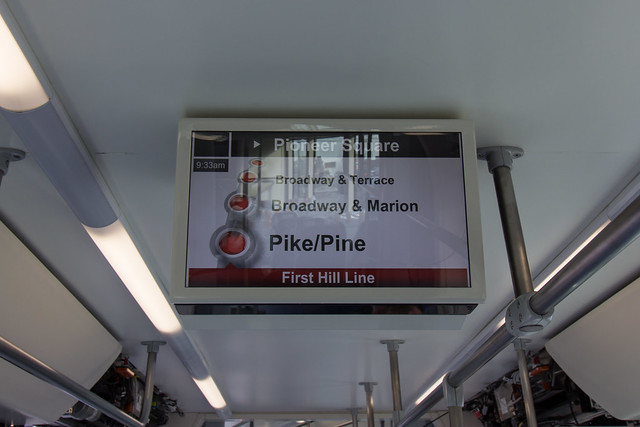 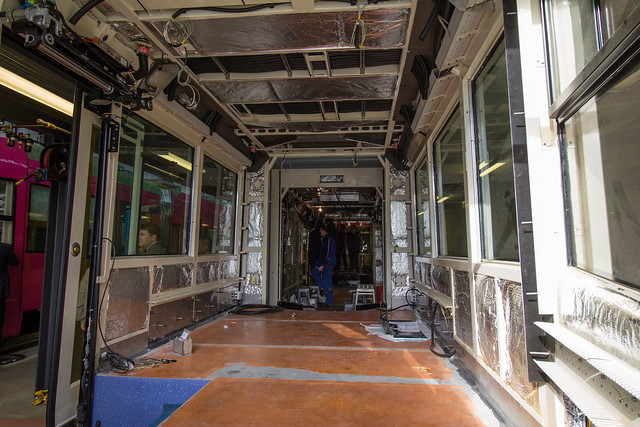 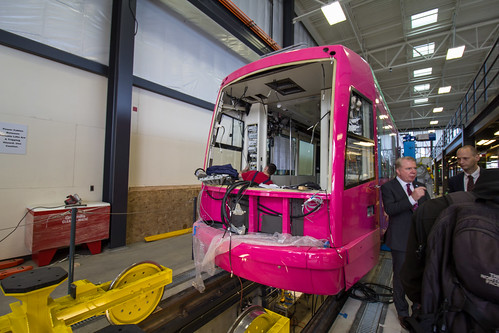 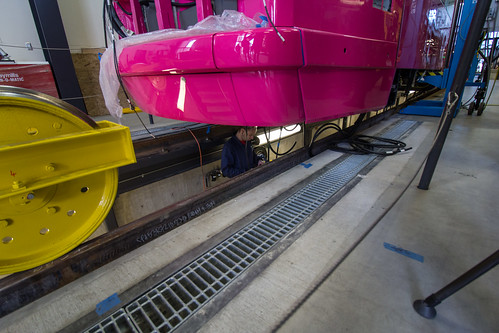 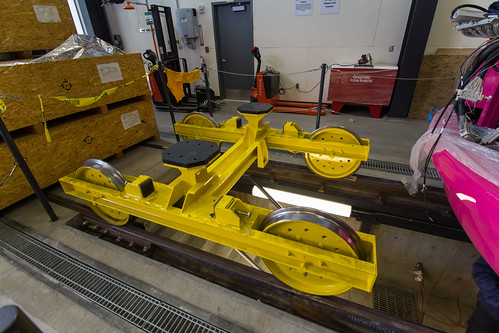 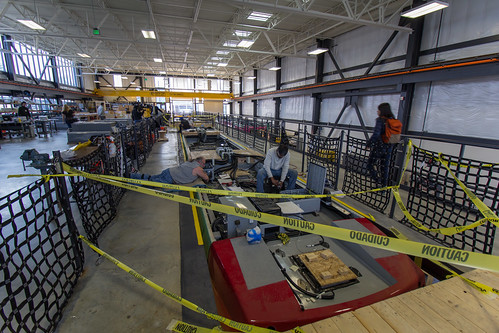 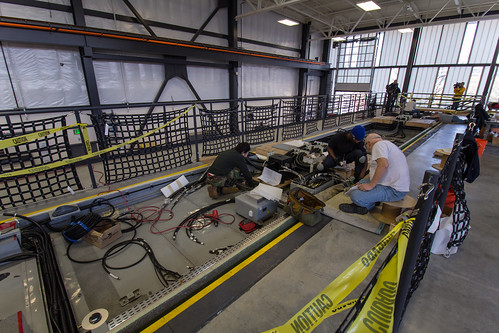 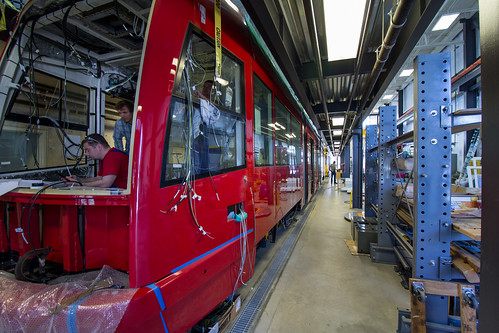 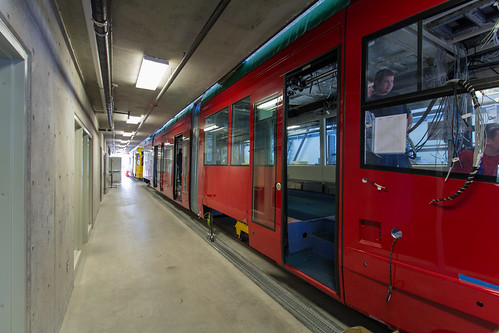 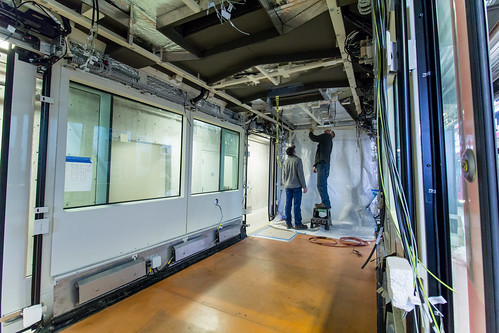 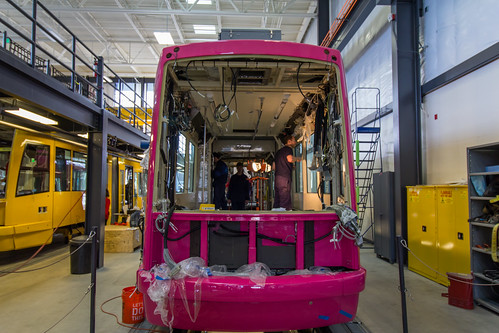 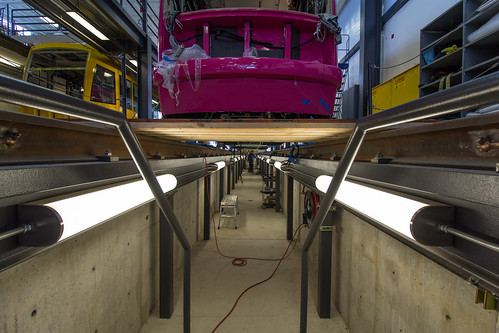 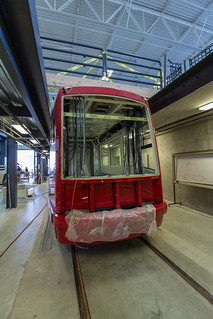 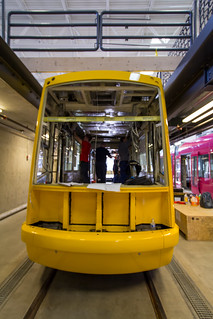 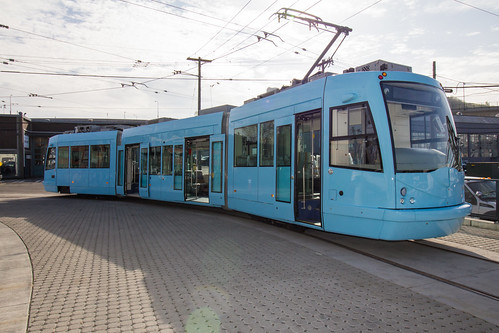 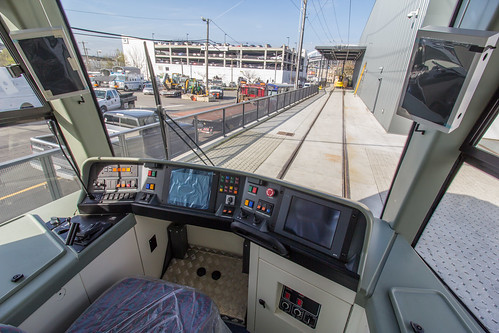 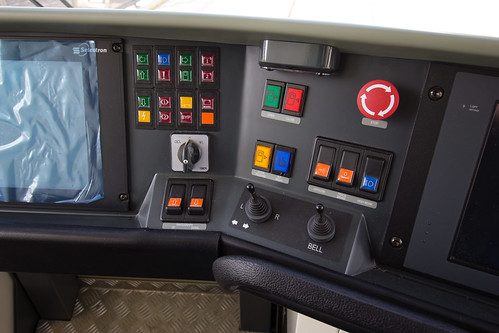 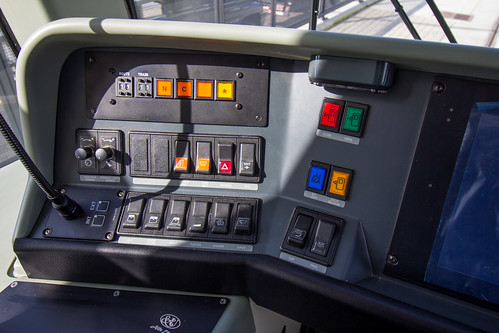 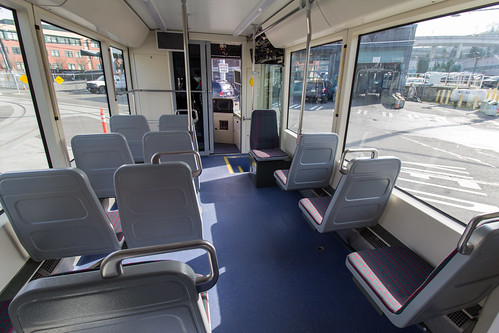 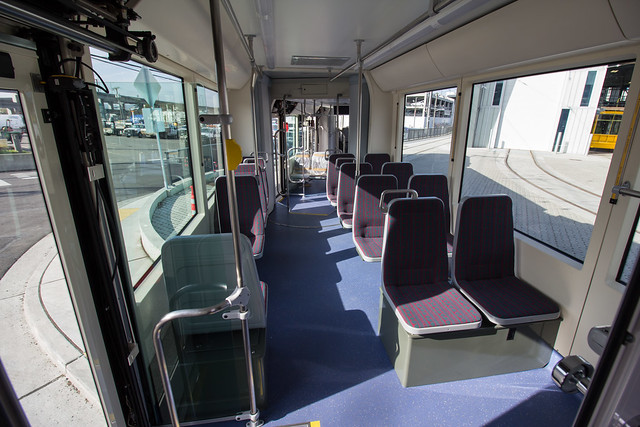